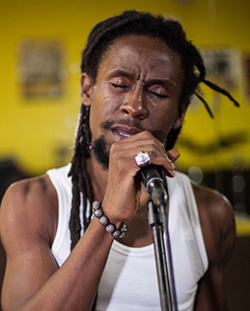 AFTER four failed attempts to bring Jamaican reggae superstar Jah Cure to Zimbabwe, a fast-rising entertainment promotion company 2 Kings Entertainment Events has finally confirmed the musician’s concert in Harare next month.
The promoters said Jah Cure wold perform at the Harare International Conference Centre on December 16.
2 Kings Entertainment boss Dee Nosh said it was a gig they had been working on for a long time.
“It’s Cure coming to give you more again! Zimbabwe get ready,” said Dee Nosh. “It’s a show I have been praying to do so we can end the year on a high note.”

Jah Cure confirmed the development on Twitter saying, “Zimbabwe, Africa I’m coming home.”
The reggae star who is behind numerous global hit tracks including ‘Call on Me’, and ‘Before I Leave’.
Before travelling to Zimbabwe, Jah Cure will perform in Dubai, Kenya, Uganda, Senegal and Malawi.
The artist, who is popular with the ladies because of his lyrics which are full of romantic overtures, will however, have to surpass the high bar set by Morgan Heritage whose memorable performance in Harare last month is still lingering the minds of many.
2 Kings Entertainment has hosted the recent highly successful Jah Prayzah album launch, Mafikizolo show, Chris Martin concert, much-hyped reggae gig featuring multi award-winning group, Morgan Heritage, at the Harare International Conference Centre.
Advertisement