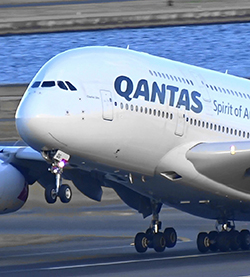 IN another embarrassing low point for Zimbabwean music and creativity, NewZimbabwe.com can exclusively reveal that Jah Prayzah ‘stole’ a song off his Tsviriyo album passing it off as his own and grabbing several accolades from its appeal.
The song Sisi Makachena released in 2013 is, in fact, originally a composition by Ghanaian musician Emmanuel Samini, who released his hit song in 2007.
A Ghanaian Favourite
Entitled Samini, the original track is meant to announce a change of name in the artiste’s stage name – from Batman to Samini – and declares that he is here in his new identity to entertain his fans.
It was a Ghanaian favourite when it was released back in the middle of the last decade and receiving national airplay and appeal.
Jah Prayzah’s stolen version celebrates a woman who is dressed smartly and entices him; a woman even admired by his relatives as a potential daughter-in-law.
While the meaning of the songs is different, Jah Prayzah pilfered the arrangement of the song and the harmonies, complete with background chants and passed them off as his own.
Although, it is permissible to do so provided one clearly states that their song at least contains an interpolation of a previous work of art that does not belong to them, Jah Prayzah did not do so on his album sleeve, choosing to conveniently ‘forget’ to credit the original artiste.
Meticulous work in both Ghana and Zimbabwe and the use of multiple plagiarism busting devices and applications including Shazam, by NewZimbabwe.com proved to be the standard that caught Jah Prayzah out.
THE GHANAIAN ORIGINAL