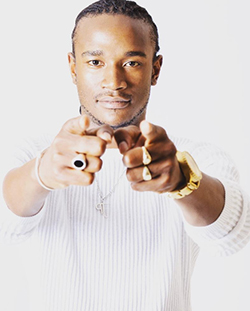 COLLABORATIONS with regional and international artists have helped Jah Prayzah take his music to the world and raise the country’s flag high although the singer would want to believe digitalisation has been critical in helping music move fast and reach all corners of the world.
At a press conference in the United Kingdom during the London Summer Festival, Jah Prayzah said digitalisation had made selling and distribution of music much easier.
“I think the world is going digital selling music and recording is now easier than before. Music is now fast. We have an advantage over legends,” he said.
The talented musician has been in collaboration with American Artist, Jason Derulo on the remix of his 2010 song ‘In My Head’ which he did for Coke Studio Africa and most recently, Prayzah featured popular Nigerian artist, Davido on his song “My Lilly”.

The video for the song My Lilly, which was released on you tube last week, has reached almost 300,000 views so far.
Jah Prayzah has also collaborated with Mafikizolo of South Africa on his song Sendekera.
Although a number of Zimbabwean musicians have toured several countries across the globe, their live shows have mostly attracted Zimbabweans based in those countries, making it difficult for the music to penetrate international markets.

Female gospel and Zimdancehall musician, Fungisai summed it up; “It is not like we don’t go out there, we are invited to countries like Australia, to perform in Canada and we are here (UK) right now to perform as artists from home; but then if you take a look at the audience, mostly you will find out the majority are people from home.
“So, in as much as we would like to break into the international market, you find that you are still in a local market but which has just relocated to another county.”
She said she was not sure what the reason for that trend was, adding that breaking into the international music market was even more difficult for female artists who she said faced social barriers that stifled their development as artists.Advertisement

“I am happy for the gentleman because it is better for them; for us women in music it’s a challenge, you have got to prove yourself like twice for you to be accepted by society, it’s a social norm or the way things are but I am happy with where I am today,” she said.
Zimdancehall Godfather, Winky D, said the current crop of musicians was being affected by the absence of proper recording companies that could professionally market and promote their music.
“Nowadays it is different from back then in the sense that we used to have record labels, ZMC, Gramma and Metro but now it’s up to me to make sure that the money that I make when I do a live show must pay for the video and recordings whereas back then we had recording companies that had things in place and my job as an artist  was to go to the studio and make good music and then  introduce somebody who is  a professional to market that music.”
He said the current crop of artists did everything in-house and had become jacks of all trades but masters of none.
He said while the digital era had its advantages, it posed a number of disadvantages for musicians who were forced to release songs often to keep up with the fast pace of music.
“Music needs to have a life span that is long…we play today and we get up to Christmas enjoying the same song… For us it makes financial sense because we don’t just record, we need money… yes it has gone digital but you are killing us.
“You must listen to Disappear (his latest song) for at least two years while we work on new products.”
He added; “So to an extent we have a ceiling even though I know we are going to break the ceiling and escalate to higher levels, but those are some of the challenges we are facing but as the Gaffer, we call them lessons because we continue to learn from them and move on.”
WATCH PRESS BRIEF BELOW: