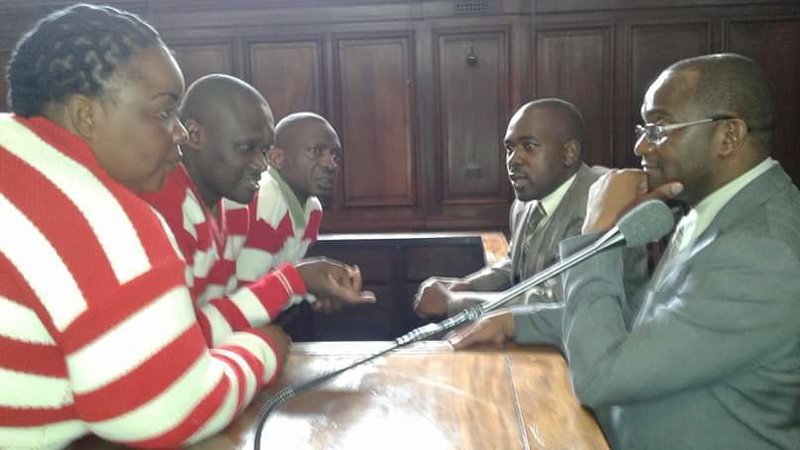 Chamisa was addressing the media at his party’s headquarters on Wednesday where he said the main opposition has not abandoned its political prisoners.

The two MDC activists were jailed 20 years each in 2016 after they were convicted of murdering police Inspector Petros Mutedzi in Harare’s Glen View suburb back in 2011.

The MDC leader said his party had not neglected all its members who are serving time in different prisons across the country.

He said as a party, they were doing all they could to assist political prisoners on their request and those of their families, as and when they could.

Said Chamisa, “Just recently, our secretary general visited them because we have regular visits as leadership of the party to our various people who are detained.”

“But Cde Last Maengahama and Tungamirai Madzokere who have actually made requests through the secretary general and his deputy, that we want support around our educational scholarships, that’s what we are dealing with, we are processing that and effect we are almost through in dealing with that.”

Chamisa did not reveal what the activists were studying.

He added, “In terms of negligence, you know that we always bring food as and when we can. But we are not the ones who are supposed to be making sure that things have to work out in a particular way.”

The MDC leader said it was government, through the Zimbabwe Prisons Correctional Services (ZPCS), to make sure that prisoners were well looked after.

Commenting claims that the families of the jailed activists have also been neglected by the party and were living in poverty, Chamisa said MDC is helping in areas they are limited to assist.

Information says the families of the two only receive some groceries during festive seasons only.

They used to get assistance from Counselling Services Unit (CSU) but that stopped when aid to the organisation was cut.