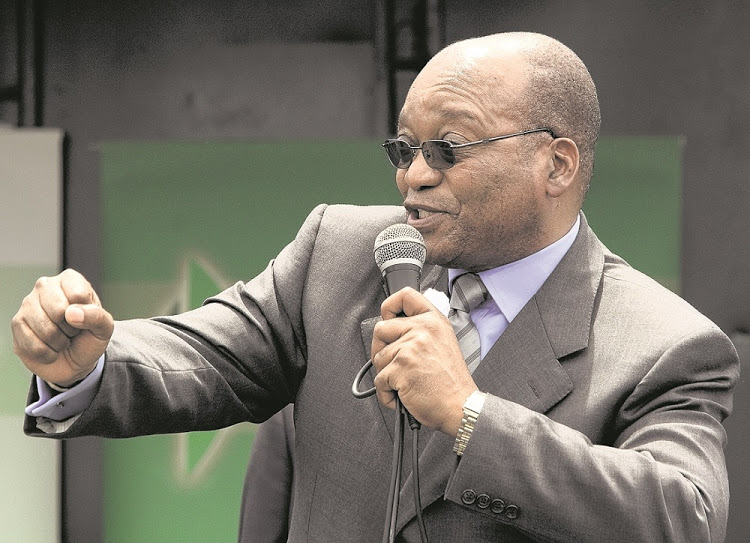 SOUTH African former president Jacob Zuma, whose jailing earlier this month triggered some of the worst unrest of the post-apartheid era, appeared by video link in court on Monday to seek a further delay in his arms deal corruption trial.

While the government has largely restored order in the streets, there are fears Zuma’s latest court appearance could again trigger protests from his support base.

Efforts to prosecute the ex-president for allegedly receiving kickbacks over a $2 billion weapons deal in the late 1990s are seen as a test of South Africa’s ability to hold powerful politicians to account.

Zuma has pleaded not guilty to charges including corruption, fraud and money laundering. He has cast himself as the victim of a politically motivated witch-hunt in his attempts to evade prosecution over more than a decade.

Wearing a dark suit and red tie, Zuma said nothing while his lawyer Dali Mpofu argued that the trial in the Pietermaritzburg High Court should be postponed for Zuma to appear in person as opposed to virtually.

Mpofu said Zuma had not been able to properly consult his legal team after handing himself over in the early hours of July 8 to start a 15-month prison sentence for contempt of court.

Zuma was given the jail term by the constitutional court late last month for defying an order to appear at an inquiry into high-level corruption during his nine years in power until 2018.

That inquiry is investigating graft allegations different from the arms deal trial that Zuma also denies.

At a hearing in May on the arms deal case, Zuma’s legal team argued that the state prosecutor in the case was biased against him.

Lawyers for the state on Monday opposed Zuma’s application for a postponement, arguing it was “another delaying tactic”, according to court papers they filed.

More than 200 people have been killed and hundreds of businesses destroyed in the riots that followed Zuma’s imprisonment.

Protes initially flared in Zuma’s home province KwaZulu-Natal before escalating into arson and looting in other provinces, fuelled by anger over the poverty and inequality that persist nearly three decades after the end of white minority rule in 1994.