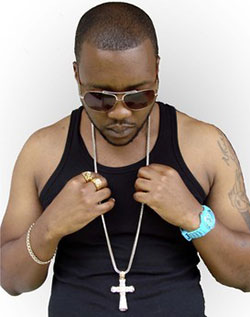 JAMAICA-based hip-hop musician Chitarisiro Chiketa, aka MC Chita, has completed his fourth album Red, Gold and Green, which is scheduled for release on December 3.
The album was recorded in Jamaica and features both Jamaican and Zimbabwean artists such as Munga Honourable, Teflon, Tehn Diamond among others.
MC Chita worked with producers from both countries including JK4 who has worked with dancehall heavyweight Gyptian, Makonnen and Zimbabwe’s Yagi Dojo who was recently nominated for best producer for the Zimbabwe Hip-hop awards.
The album carries songs such as They Don’t Like Me and also the title track Red, Gold and Green which he has already done promotional videos for, to build a buzz around it.
Explaining the title track for the album due before Christmas, the musician told Southern Eye Lifestyle from his Jamaican base yesterday: “These three colours, so present in African flags and especially in Zimbabwe and what they represent.
“The ‘Red’ represents the struggle, or should I say more historically the bloodshed.
“It’s not just about what our forefathers went through to achieve their freedoms and goals, but what we presently go through ourselves to achieve our goals, freedoms and dreams.”
MC Chita added that the “gold” represents the wealth and bling while the “green” represents the land, “our sense of belonging which is what we all have been fighting for in the first place.
“This project, takes the listener on a journey through these colours — starting from ‘Red’, which contains songs of a more aggressive nature, on to ‘Gold’ which is the swag part of the album and finally ending in ‘Green’ which is the introspective part.”
MC Chita made his debut appearance in 2003 on Brown Sugar’s album Running Laps, but continued to make his own name in the industry releasing projects like 2004’s Destination Reality, followed by the release of 263-4: The Hustle, The Struggle, The Life.
In 2011 he released the award-winning Kings Rendezvous: H.R.E in collaboration with (Jr) Brown and finally in 2012 he released the critically acclaimed The Ambassadors’ Son.
SET IT OFF – FADA SKUR ft. MC CHITA