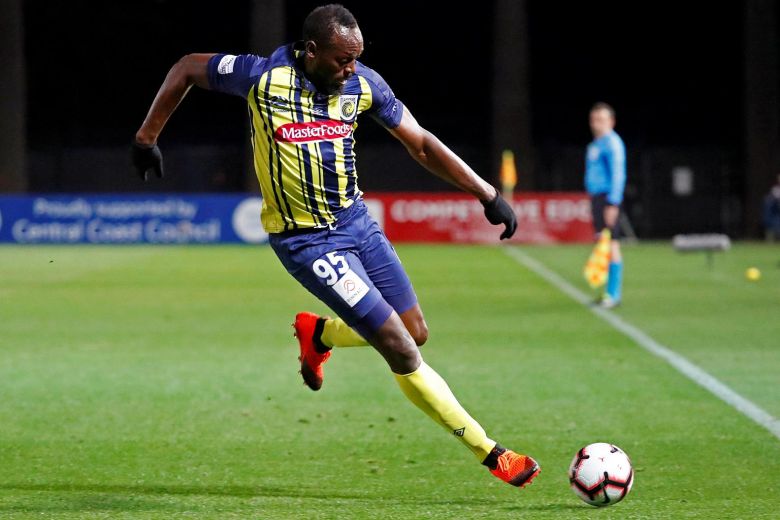 Usain Bolt could be ready to abandon his professional football dream if he doesn’t find a club before the end of the month.

The Manchester United-supporting wannabe striker could even win a call-up to the Jamaica national side if he proves himself.

However, Bolt admits time is running out on his quest to find a permanent club despite having a ‘few offers’ on the table.

“I’ve got a lot of offers from a lot of other clubs out there,” Bolt told Omnisport.

“We’ll make a decision before the end of November if I’m going to go to another club or call it actually quits.”

Bolt is understood to have turned down a two-year deal from Maltese champions FC Valetta.

And it was reported that his wage demands were the reason behind his stint with Gold Coast Mariners coming to an abrupt end, despite impressing on trial where he scored twice in one game.

Bolt has trained with Borussia Dortmund through his partnership with German sports giants Puma and sent brief spells with South Africa side Sundowns and Stromsgodset in Norway.

The Olympics legend has been offered the chance to represent his country too should he ever settle at professional club.

But Jamaican FA president Michael Ricketts admitted he was disappointed that he has not pursued any opportunities with clubs in his homeland first.

“I am a little disappointed that Usain hasn’t signed up with a Jamaican club,” said Ricketts – not to be confused with his namesake, former England and Bolton striker Michael Ricketts – speaking to ESPN FC.

That would give us a chance to see a lot more of him. If he shows he’s good enough to make the Jamaican team then he will be called up, but we are following his progress – we are watching him closely.

“The coach will make a decision but we would love to see him in a serious, real match situation.

“We are hopeful because Usain would certainly be a crowd puller. If he turns up in a Jamaican outfit then a lot of people would want to turn up and watch Usain Bolt play football.”