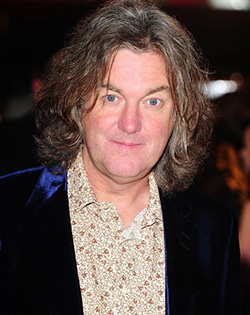 JAMES May’s agent has said the presenter is still talking to the BBC about the future of Top Gear despite earlier reports that he had ruled out a return to the show without Jeremy Clarkson.
In a statement to the Press Association, May’s agent said: “Conversations regarding the future of BBC’s Top Gear are ongoing.
“James continues to be involved in those conversations however, no plans have been 100% confirmed.”
Clarkson was suspended and then later axed from the show after he attacked producer Oisin Tymon, splitting his lip and verbally abusing him.
However, Media Guardian reported that May said the idea that he would continue on the show with co-host Richard Hammond but without Clarkson was “a non-starter”.
He had said: “It has to be the three of us.
“You can’t just put a surrogate Jeremy in and expect it to carry on. It would be forced. I don’t believe they would be stupid enough to try that.”
Clarkson’s contract was not renewed after an internal inquiry into the fracas that happened during filming of the hit motoring show.
Announcing Clarkson’s departure, BBC director-general Tony Hall said “a line has been crossed” and “there cannot be one rule for one and one rule for another”.
Earlier this week, BBC Two boss Kim Shillinglaw, who has been tasked with finding a replacement for Clarkson on the hit motoring show, said the presenter would return at some point.
She said: “Jeremy will be back on the BBC.
“It’s serious and unfortunate what happened but there is no ban on Jeremy being on the BBC. It’s a big deal what happened and Jeremy, as any human being would, needs some time.”
She also confirmed that scenes filmed before Clarkson was suspended for his attack on Tymon were likely to air this summer, saying: “No way would I want the available material not to be seen by viewers.”Advertisement