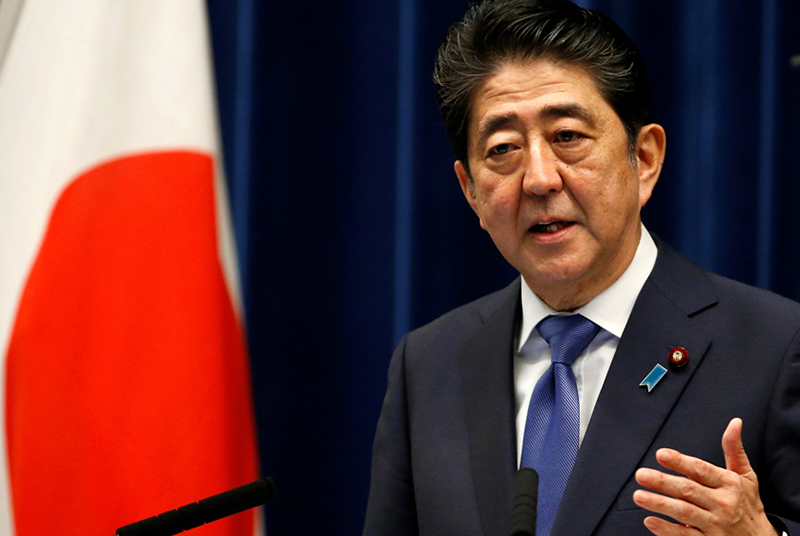 Shinzo Abe will pay the first visit to China by a Japanese prime minister since 2011 later this month, Beijing announced Friday, in the latest sign of warming ties between the rivals.

Abe will visit from October 25 to 27 and mark the 40th anniversary of the Treaty of Peace and Friendship between the two nations, said Chinese foreign ministry spokesman Lu Kang.

The visit will “elevate our bilateral ties and put bilateral cooperation back on the right track,” Lu said at a regular press briefing.

Lu added that the two sides will work to “jointly uphold multilateralism and the free trade system” — a comment that comes as China and the United States are mired in a trade war that the IMF said this week will hobble global growth.

Lu said a reception was planned to celebrate the Sino-Japanese friendship treaty, which was signed on October 23, 1978.

Abe and Chinese President Xi Jinping have met numerous times over the last few years on the sidelines of international events.

But no Japanese prime minister has paid an official visit to China since 2011 and no Chinese president has visited Japan since 2010.

“We hope to have open, frank discussions on not only Japan-China relations but also regional and international situations, including the North Korean issue,” Japanese chief cabinet secretary Yoshihide Suga told reporters in Tokyo.

“We want to use this visit to boost Japan-China ties to new heights by pushing ahead with concrete cooperation in various fields,” he added.

Relations between Beijing and Tokyo soured in 2012 over a territorial dispute over several tiny Japanese-controlled islands in the East China Sea.

Upon returning to power in 2012, Abe took a firm position on Japan’s sovereignty over the island chain, aggravating tensions with Beijing.

But he has since softened his rhetoric and called on China to press North Korea to give up its nuclear and missile programmes.

Abe announced last month that he planned to visit China later this year.

“After that, I very much wish to invite President Xi to Japan,” Abe said after meeting the Chinese leader on the sidelines of an economic forum in Russia.

“Through this exchange of visits at the leaders’ level, I hope to raise Japan-China relations to a new stage. I am firmly determined in this regard,” he said at the time.

Despite the rapprochement, sources of tension linger.

Last month, Japanese Defence Minister Itsunori Onodera said China had been “unilaterally escalating” its military activities in the past year, including carrying out new airborne operations around Japan and running a nuclear submarine near disputed East Coast isles.

Japan also carried out in September its first submarine drills in the disputed South China Sea, which Beijing mostly claims.

At the time, the Chinese foreign ministry said Tokyo “should act cautiously and avoid doing anything which would harm regional peace and stability”.