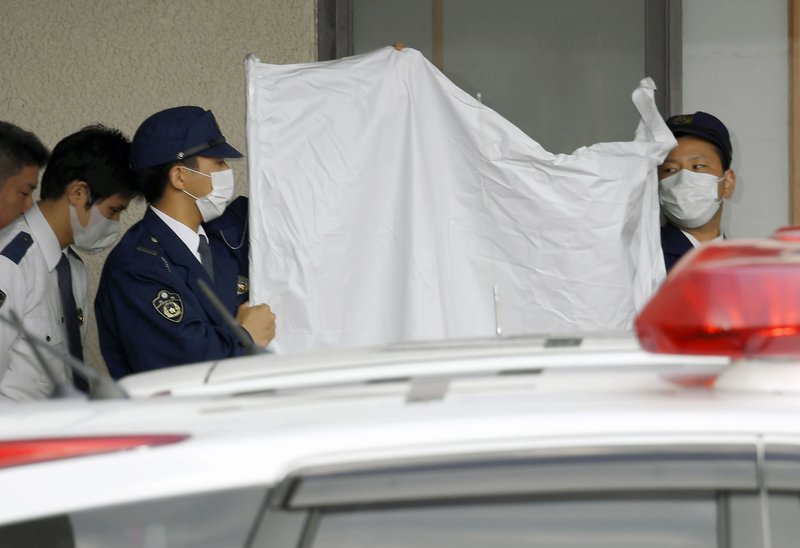 TOKYO: Japanese police said Monday they have arrested a 73-year-old man who reportedly kept his disabled son locked in a small wooden cage for more than 20 years.

Hyogo prefectural police said Yoshitane Yamasaki was arrested Saturday and handed over to prosecutors on Monday for further investigation.

Yamasaki acknowledged to police that he had kept his son, now 42, in the cage inside a hut next to his home in Hyogo prefecture in western Japan until January, when he turned himself in to city officials. He was seeking advice on nursing care for his wife, but revealed what he had done to his son, police said.

The officials visited his home and found the son sitting on a toilet sheet for pets inside the cage, which was slightly bigger than a coffin. He was exposed from the waist down, though Yamasaki told officials it wasn’t usually the case and that he had bathed and fed his son every other day.

Yamasaki told police he started confining his son when he became violent years ago. Japanese media said the son was caged for more than 20 years, but police would not confirm that number.

He told city officials that he was afraid his son was a nuisance to neighbors who had repeatedly complained, Kyodo News service reported. Yamasaki reportedly consulted with social workers and city officials about his son at about that time, but it was unclear if anyone followed up with the family.

In Japan, people with disabilities often face prejudice. Human rights groups say people with mental illnesses are often kept in hospitals or special institutions unnecessarily for years, isolating them from the rest of society.

Apparently due to years of confinement in the 1-meter (3-foot) -high cage in which he could not stand up, the son’s back was bent and he was nearly blind because of infections from the filthy conditions, according to the Yomiuri newspaper and other Japanese media reports.

Police said they were still investigating and declined to give details about the son’s condition, except to say that he had no life-threatening injuries or illness, and has since been cared for by a welfare center.

Police are also looking into whether neighbours did not notice his confinement and why it was unreported for so long if he had been violent and noisy.