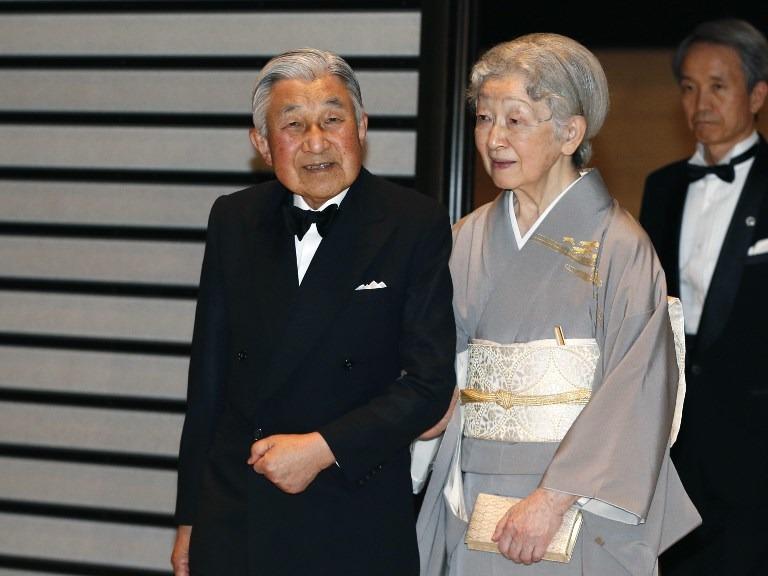 EMPEROR Akihito is preparing to step down from the throne, becoming the first Japanese monarch to abdicate in more than 200 years.

The 85-year-old has been given legal permission to abdicate after saying he felt unable to fulfill his role because of his age and declining health.

His son, Crown Prince Naruhito, will ascend the Chrysanthemum throne the next day, beginning a new era.

The emperor in Japan holds no political power but serves as a national symbol.

Emperor Akihito’s reign has been marked by his interactions with people suffering from disease and disaster, which have endeared him to many Japanese people.

In the first private ceremonies of the day, the emperor reported his abdication to the mythological ancestors of Japan’s imperial family.

What will happen at the abdication ceremony?

The Taiirei-Seiden-nogi, or main Ceremony of the Abdication of His Majesty the Emperor, is expected to take place at the Matsu-no-Ma state room in the Imperial Palace.

It begins at 17:00 local time (08:00 GMT) with Emperor Akihito and Empress Michiko entering the room and will last about 10 minutes. Over 330 attendants will also be present.

The ceremony will end with Akihito delivering his final address as emperor, though he will technically remain emperor until midnight.

Tuesday’s events will be the first time anyone alive will get to watch a Japanese abdication ceremony.

On Wednesday morning, Crown Prince Naruhito will inherit the Imperial Treasures in his first ritual as emperor.