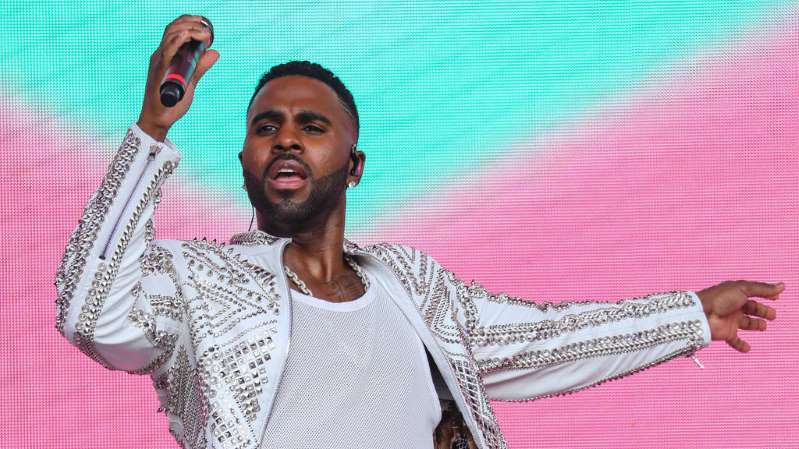 Pop star Jason Derulo performed on the balcony of a concert venue in the Czech Republic on Thursday (25Oct18) after having to cancel his show due to safety concerns.

The Swalla singer had been booked to hit the stage at the Tipsport Arena in Prague, but as he prepared to rehearse, Jason’s tour manager insisted they pull the gig as he pointed out a number of structural issues which could put Jason and his crew in danger.

The disappointed musician chose to break the news to fans himself as many had been waiting outside the venue for hours, and instead of just making an announcement, he decided to treat them to an impromptu serenade from the arena’s balcony.

Jason shared video footage of the discussion with his tour manager and his subsequent outdoor show on Instagram on Friday as he explained the situation to followers.

“So basically it’s a safety issue…,” the star confirmed with his team member in the first clip, as they decide to scrap the gig.

Feeling bad for the ticket holders who had already gathered outside the gates, he then said, “I mean, they been outside since seven this morning, they been out there all day long (sic)…”

Jason then shared videos of his impromptu set, with devotees singing along to every word.

“The venue was declared unsafe last night so I performed outside on the balcony,” he captioned the posts. “Tho (sic) we’ll reschedule a proper date I couldn’t leave my family empty handed. The love and fellowship we shared last night will be forever tattooed on my heart.”

A make-up date has yet to be announced, and it’s not clear if Jason will be moving the show to a different location in Prague.

However, the last-minute change of plans have reportedly infuriated venue bosses, who are now threatening legal action against Derulo, according to TMZ.com.

He is the second star in as many days to pull out of a show over safety worries. Christina Aguilera also scrapped a gig in Indio, California on Wednesday (24Oct18) and blamed “production related safety concerns” for the axe.