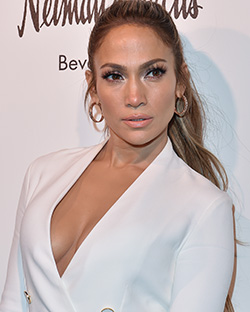 JENNIFER Lopez is donating $1 million to hurricane relief efforts in Puerto Rico.
The 48-year-old singer-and-actress – who revealed last week she hasn’t heard from her family on the island since a series of hurricanes hit the area – has reached out with financial aid and she and her boyfriend Alex Rodriguez are doing everything they can to help.
Speaking during a press conference with New York Governor Andrew Cuomo, she said first in Spanish, and then in English: “Alex Rodriguez and I, who are both New Yorkers, are using all our resources and relationships in entertainment, sports and business to garner support for Puerto Rico and the Caribbean.”
The ‘On the Floor’ hitmaker revealed the New York Yankees and Major League Baseball have pledged to help in a major way, while she and her ex-husband Marc Anthony – the father of her nine-year-old twins Max and Emme – have been working to mobilise over 30 athletes and artists to quickly get aid to Mexico and the Caribbean.”
Dallas Mavericks owner Mark Cuban and player J.J. Barea have been working with Jennifer and have two planes of help and generators ready to fly to Puerto Rico.
She added: “We are working day and night to identify the needs.”
During the press conference, the ‘Shades of Blue’ star admitted she still hasn’t heard from her family and she is “concerned”, for both her own loved ones and “everyone on the island”.
Jennifer previously used Instagram to urge her fans to help the aid efforts in Puerto Rico. Advertisement