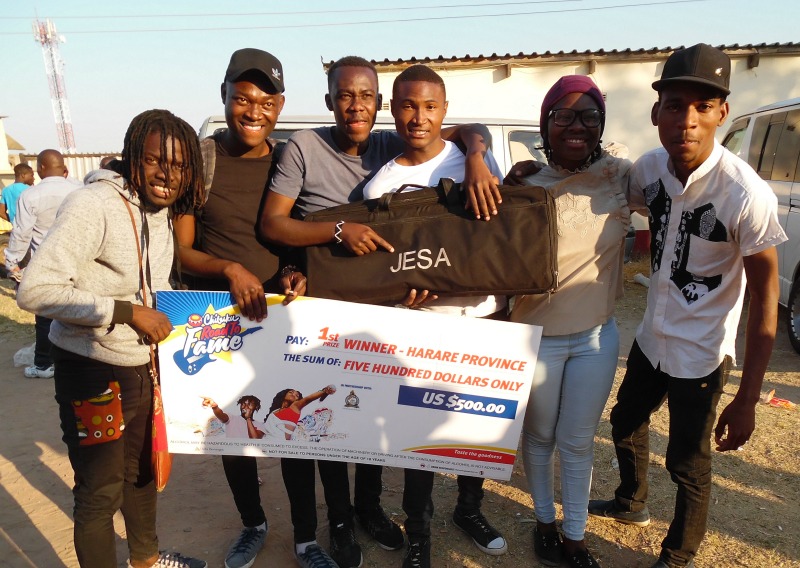 AFRO-Jazz band Jesa have snatched the sole ticket to represent Harare province at this year’s edition of the annual Chibuku Road to Fame national finals set for September 29 at Glamis Arena in Harare.

This is after the Chitungwiza-based group shrugged off stiff competition from eight other competitors during a recent competition.

It was a battle of talents from the nine groups across genres that battled for honours on the stage at the Harare provincial competitions held at Zimunhu Beerhall in Epworth, Harare on Saturday.

The overall winners, Jesa were making a second appearance at the annual competition that is sponsored by local beverage producer, Delta Beverages through its Chibuku brand.

The competition is held in partnership with the National Arts Council of Zimbabwe after their debut performance in 2015.

For their efforts, the six member Jesa received $300 while Vedu and African Roots bands who occupied second and third place pocketed $300 and $200 richer respectively.

In an interview soon after their crowning, band leader Tichaona Muchemwa said unity and hard work was the secret behind the group’s victorious show at the competitive event.

“We always work hard and it is determination that saw us winning today [Saturday]. We know that it is not going to be easy at the national finals where they will be champions from the country’s 10 provinces, but we believe that God will take us through,” he said.

“With our prize money, we are going to invest through purchasing our some instruments.”

“As National Arts Council of Zimbabwe, we want to see artists, who are professional and take arts as a business and make it a means of support to their livelihoods,” he said.

At the national finals, the 10 provincial winners will battle it out for the main prize of $7 000 and a recording contract with the first and third runners up pocketing $5 000 and $3 000, respectively.