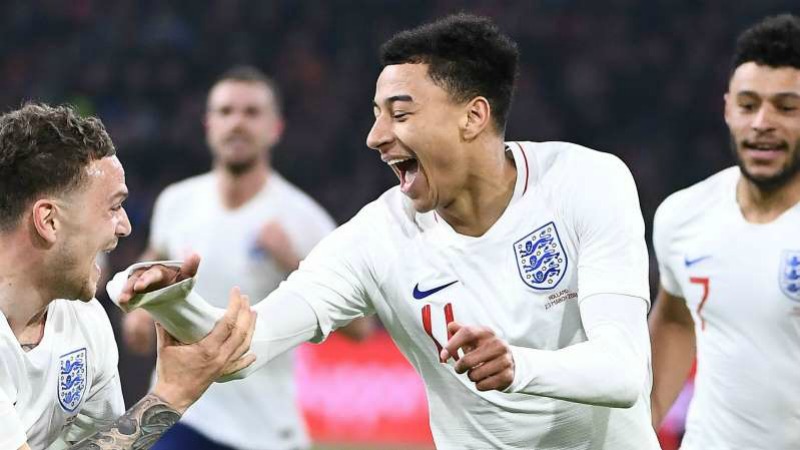 Jesse Lingard claims to “feel more comfortable” playing for England than Manchester United, despite enjoying the most productive season of his club career to date.

He netted in Community Shield and EFL Cup triumphs last season, before recording a personal best goal return of 13 in 2017-18.

Those efforts have earned him a place in the England squad heading to World Cup 2018 and the 25-year-old midfielder is relishing the opportunity to represent his country again.

A man with 10 senior international caps to his name told GQ Magazine: “I actually feel more comfortable when I play for England than United. Every game, you’ve got to play with no fear.”

It could be argued that is also the case when turning out for United, with there an expectation on the Red Devils to deliver every time they take to the field.

That pressure will be cranked up with England this summer, though, as Lingard takes in his first appearance at a major competition.

Belgium, Panama and Tunisia provide the opposition for the Three Lions at the group stage in Russia, with Lingard itching to get going in the pursuit of global glory.

He added: “It’s one of the pinnacles of your career as a player and it will be my first World Cup so I’ve got to enjoy every minute, whether I start or if I’ve got to make an impact from the bench.

“And I do think we will do well because of the team spirit we’ve got.”

England crashed out at the last-16 stage at Euro 2016, while failing to make it out of their group at World Cup 2014.

Gareth Southgate does, however, boast plenty of in-form players within his ranks this time around, with Lingard among those hoping to transfer their club showings onto an international stage.

Along with his 13 goals at club level, the United winger also opened his account for the Three Lions in 2017-18 when netting the winner in a 1-0 friendly victory over the Netherlands.