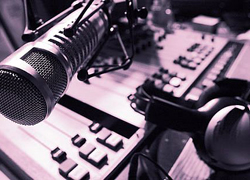 THE Harare Jesuit community on Wednesday night officially launched its community radio station, Radio Chiedza, promising to use the channel to reconcile, unite and build the country.
The launch of the Catholic radio initiative brings to 14 the number of community radio initiatives which are waiting to be licenced.
Government has not yet called for applications for community radio licences. Church officials who attended the launch pleaded with members to “kneel down and pray” for a licence.
The event, held at Arrupe College was presided over by Jesuit Provincial Father Stephen Buckland.
“Through Chiedza community radio we will be ready to further carry the work of salvation, redemption and reconciliation in very complete and practical way for today in our nation,” he said.
“In Zimbabwe there is something which is missing, and community Radio Chiedza has the potentiality of giving communities underground a new kind of voice. This is a very important role that community radio can play in building and in reconciling our nation.
“The importance of community radios like Radio Chiedza is for the nation as a whole and not just for the church. We are many voices, not just one so let us be heard.”
He added: “The state clearly does not have the capacity to provide for the needs of the citizens of this country so others step in.
“The Catholic Church is responsible for 250 schools in Zimbabwe with many others of course being run by other churches and also 76 church run hospitals and clinics.
“As you know our schools and hospitals do not only serve the Catholics and for that our community Radio Chiedza will also not be serving the catholic community but other churches and the nation at large sharing our hopes for this nation”.
Veteran broadcaster Busi Chindove, who was guest speaker at the event, said people were being starved of choice of information by the current situation.
“As we unveil the concept and idea of Radio Chiedza, the convergence of factors allowing the establishment of this initiative is coming together in terms of resources, in terms of the constitution which allows us to do this and, beyond that, in terms of the hunger that people have for choice regards for channels of communication,” she said.
“A lot of you seating there have got choice every day in terms of communication whether you go on the internet, whether you go on DSTV. On DSTV you have got choice further whether you can chose from five channels or ten channels;  fifty channels sometimes even sixty channels, but human nature is that we surf and hunger for more and I think that’s god for us because Radio Chiedza has come to fill that gap.”Advertisement

The Zimbabwe Media Commission recently said the issue of community radio licencing would be on its agenda when it meets with the Media Information and Broadcasting Services Minister Professor Jonathan Moyo.