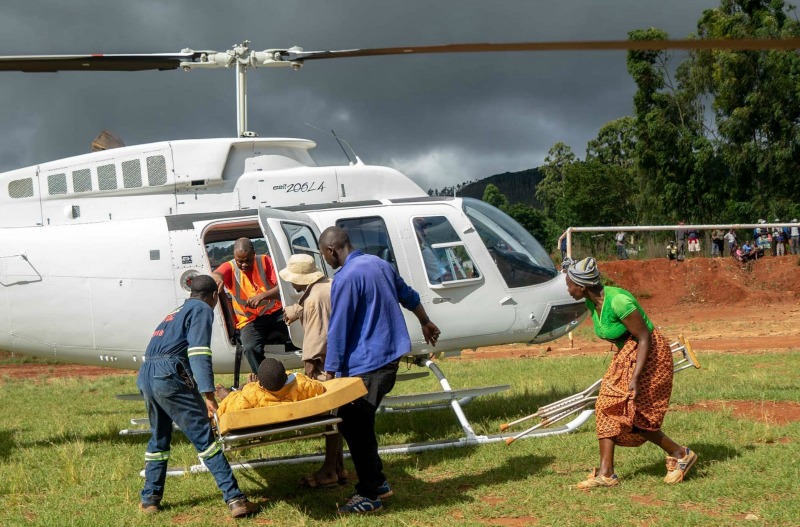 SERIOUS shortages of Jet-A1 fuel are hampering relief efforts in Chimanimani and Chipinge districts where at least 270 000 survivors of the deadly Cyclone Idai have been confirmed as in urgent need of humanitarian assistance.

This was revealed by the World Food Programme (WFP) in its latest situation update on the disaster.

WFP said the cyclone had affected 270 000 people as of March 2019 but its air operations were being affected by shortages of fuel.

“There is currently a shortage of Jet-A1 fuel. WFP is liaising with the Government of Zimbabwe to identify solutions so that air operations are not impacted,” the aid organisation said.

WFP said it had deployed a helicopter from Malawi to Mutare to assist in the transportation of humanitarian cargo and personnel to the affected areas.

“WFP Aviation has deployed one Mi8 helicopter from Malawi to Mutare to assist in the transportation of humanitarian cargo and personnel to affected areas within the Chimanimani and Chipinge districts. The helicopter is planned to do three rotations per day.”

It added that due to disruptions at the Port of Beira in Mozambique caused by Cyclone Idai, there were reports of petrol and diesel shortages in the affected areas with no fuel available in Chipinge.

“There is currently no diesel available in Mutare. There is no fuel of any kind – diesel or petrol – available in Chipinge,” the WFP noted.

According to the philanthropic group, Cyclone Idai which hit mostly Manicaland mid-March has affected 270 000 people as of 30 March 2019.

“The most heavily affected areas are the districts of Chimanimani and Chipinge in Manicaland which have been isolated due to roads and bridges being washed away.

It said Chimanimani and Chipinge districts remained mostly inaccessible by road due to roads and bridges having been heavily damaged by floods with only all-terrain vehicles managing to reach the areas.

Meanwhile, WFP also reports that some individuals and companies with commercial storage facilities were taking advantage of the demand for space by humanitarian groups to inflate rentals for their properties.

“It is reported that there is still available commercial storage in Mutare although there have been reports of inflated prices. The Government of Zimbabwe has made arrangements to provide common storage to the humanitarian community in Silverstream as part of the response. The Logistics Sector is seeking information on the amount of space available,” WFP said.