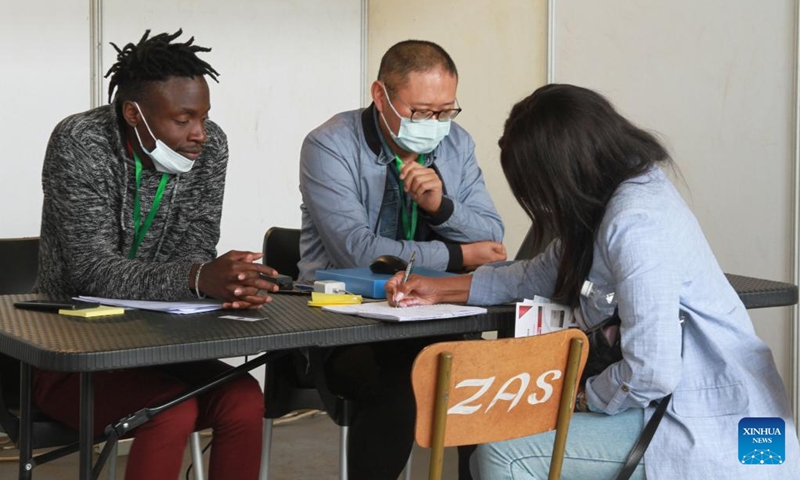 Fifty companies, 25 of them Chinese-run enterprises, exhibited at the fair which also attracted high school pupils seeking career guidance ahead of tertiary education.

Hosted by the China Africa Economic and Culture Exchange Research Center and Victory Milestone Recruitment, the event lived up to its billing as scores of job seekers exchanged notes with potential employers and left the curriculum vitae (CV) for possible placements.

Victory Milestone Recruitment marketing director Donal Rushambwa said the fair presented employers with a platform through which they could tap into the vast human resources that the country offered.

“The Zimbabwe Job Fair is an exhibition whereby we have companies coming to recruit job-seekers in all the fields. We’ve got mining, construction, agriculture, general administration jobs and even general hand jobs,” he said in an interview with Xinhua.

“We have about 600 jobs that are being exhibited today. There are 50 companies that are involved. There are local and Chinese companies — 25 local companies and 25 Chinese,” he said.

Rushambwa said the organisers were trying to create a culture whereby people could wake up in the morning and go to look for jobs, while also allowing companies to employ the best talent on the market.

“Nowadays because of nepotism companies haven’t been trying to get the best in terms of recruitment because they are short-changed when nepotism comes into play,” he said.

The job fair would, therefore, push aside the hurdle of nepotism and corruption, thus allowing companies to recruit the best talent on the market, he added. 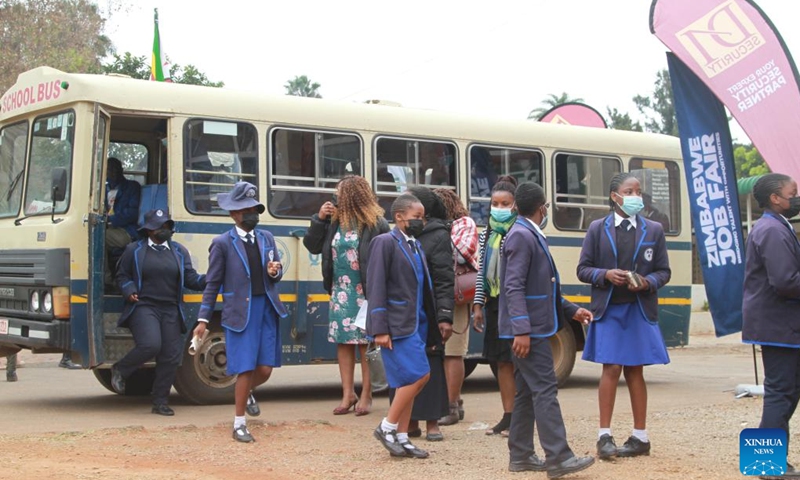 “But today we’re saying come through without knowing anyone, without paying anything for corruption reasons, with your experience and your talent, to show the companies out there what you’re capable of and what you’ve been doing and try to get a chance at your dream job,” he said.

Rushambwa said the exhibiting companies were grateful for the event since they had come across talent that they did not know existed in the country.

Administrator of Richmark Zimbabwe (Private) Limited Luna Zhao said they were happy with the fair as it had presented them with an opportunity to recruit drivers for their enterprise.

She said she had received more than 10 CVs from potential employees by end of Tuesday morning and was hoping to get more applications through recommendations.

“The jobs we’re offering are mostly for truck drivers because we’re into mining. The response, I think, has been quite good because we received many CVs and they are also recommending their friends to me,” she said.

Among the job seekers was Given Kahwa, a Master in Business Administration (Innovation Management) graduate from China, who said he was hoping to land a job at the fair.

“I recently came back from China, so, it’s more like I’m looking for a job. I have talked to three or four companies and I have left my details, hoping they will call me soon,” he said.

He commended the organisers of the job fair, saying that it exposed job seekers to opportunities and helped school children prepare for the future.

Takunda Manhuwa from a city school said although he was not yet looking for a job, the fair gave him focus on what he wanted to do in the future.

“We came as a commercial class expecting to learn more about career guidance and what careers we may want to take as an individual,” he said.

His colleague, Oduho Ihude, who is from South Sudan, said the job fair “was fair” as it had presented him with a vision of what he wanted to do after high school.