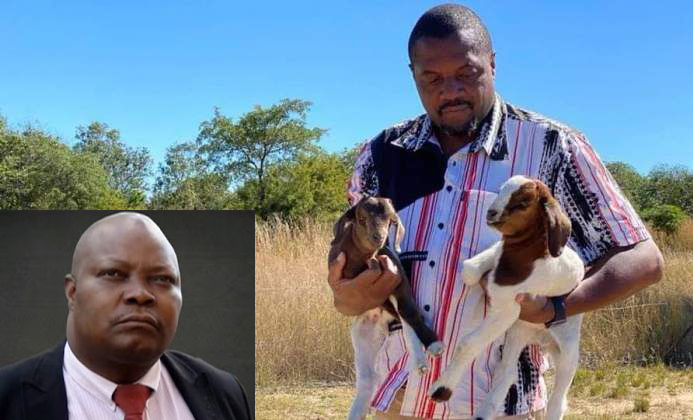 The move follows threats by ruling Zanu PF party youths, led by one Taurai Kandishaya, to invade and forcibly take possession of part of Chin’ono’s livestock.

Chin’ono runs a goat project at his Murehwa village near Mukarakate.

According to his lawyer Beatrice Mtetwa, the journalist is currently out of the country

The report accused the journalist of benefiting from government’s Command Agriculture.

Said Sikhala on Twitter; “I have decided to join other citizens who have volunteered to be at Chin’ono’s village near Mukarakate in Murehwa to defend one of our citizens under attack from the regime.

“I have mobilised more volunteers. Tonorarika ko (we will sleep there). This nonsense has to be stopped once and for all.”

Chin’ono has been under attack from government surrogates for laying into the President Emmerson Mnangagwa’s regime over its human rights record and failure to address social service challenges.

He was this week forced to share receipts of the initial 35 goats he imported from South Africa to dispel allegations by ZBC.

1. These are the full documents of how I imported my goats from South Africa.

These are the import permits stating that I was importing 35 Boer goats from South Africa.

They were issued in November/December 2016 & clearly state that I was importing Boer goats from South Africa. pic.twitter.com/JNR2NjRa5u

Chin’ono said he had instructed his farm workers to comply with whatever Zanu PF youths will demand of them.

“The Zanu PF thug, Taurai Kandishaya, plans to loot my property on Sunday. I have instructed my workers not to fight with anyone, let them take,” said Chin’ono.

His lawyer Beatrice Mtetwa has since written to the police demanding they investigate the matter before the Zanu PF youths invade the project. 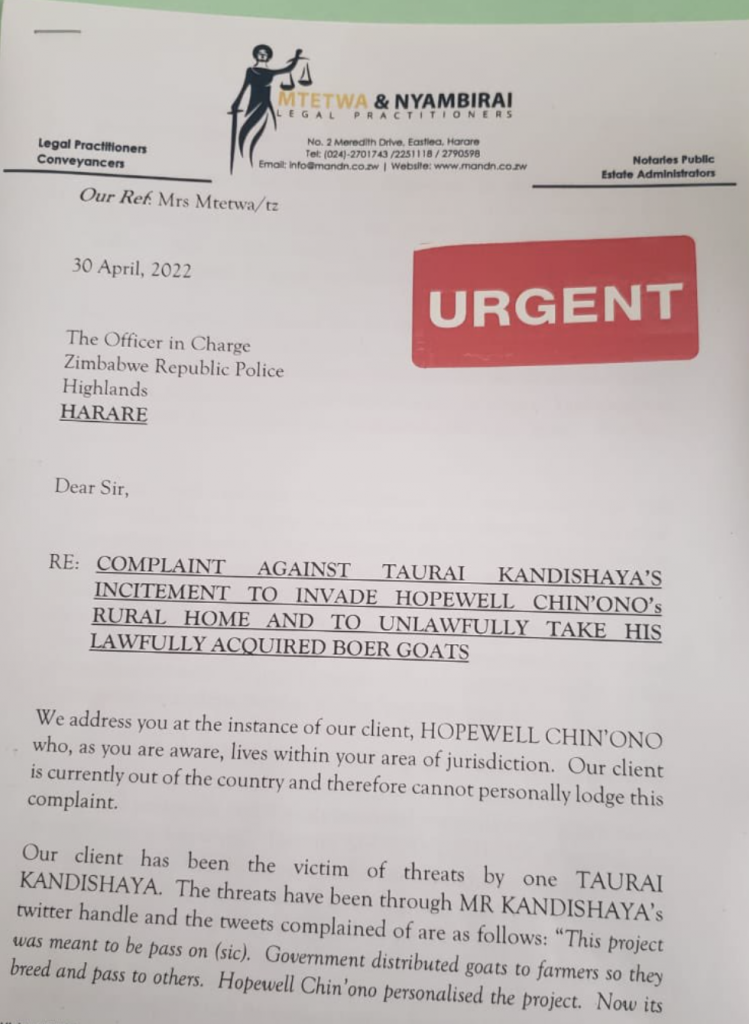