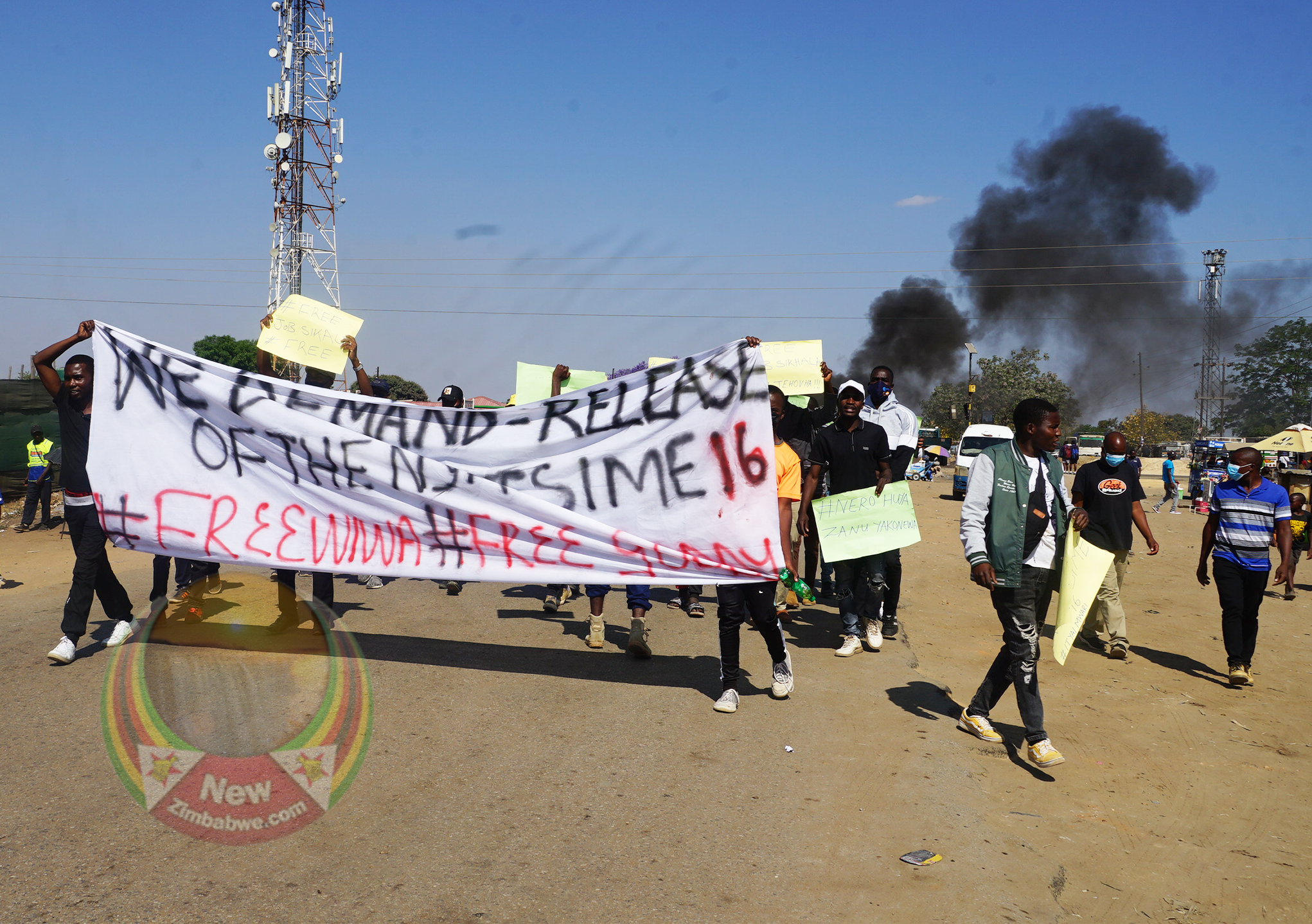 The demonstration was held about 300 metres from Chitungwiza Central Police Station, where tens gathered, blocking roads, chanting and holding placards.

Sikhala was arrested three months ago together with legislator, Godfrey Sithole, and a dozen other party activists for allegedly inciting the violence which rocked slain CCC activist, Moreblessing Ali’s funeral.

Sikhala, who represents the Zengeza West constituency in Parliament, is also Ali’s family lawyer and has been on the forefront demanding justice on the murder.

Speaking during the demonstration, one protestor said President Emmerson Mnangagwa and the judiciary must stop weaponising the law for political expediency.

“Today marks the beginning and end of a tyrannical, satanic, dictatorial regime by Emmerson Mnangagwa.

“Our message is very clear since day one, we now want to take this message to the doorstep of Chitungwiza Magistrate Courts because our fight is not only with this oppressive regime but it must be sent again to the judiciary system,” he said.

Ali went missing on May 24 after she was allegedly attacked and abducted by a Zanu PF member Pius Jamba, who later on killed her.

She was found dead on 11 June, her body chopped into pieces and stuffed in sacks.

Ali’s decomposing body was found dumped at the suspect’s mother’s homestead at Dunnoter farm in Beatrice.

Up to now Ali has not been buried with her family vowing that she can only be laid to rest after their lawyer Sikhala’s release.