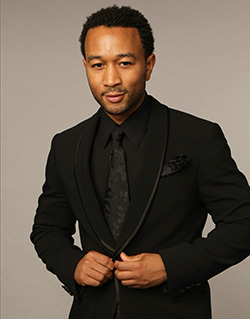 AMERICA’s Grammy-winning R&B singer, songwriter, and pianist, John Roger Stephens, known globally as John Legend, has cancelled his show in Zimbabwe which had been scheduled for November.
Legend announced the development on his official website, johnlegend.com, but did not explain the reasons for the cancellation.
Other shows on 5 and 6 November in Spain, 8 November on Portugal will still go ahead.
Legend will also perform in Cape Town on 16 and 17 as well as Durban, on 21 November, and Johannesburg on the 22nd.

The box office for the John Legend tickets which was located at the Harare International Conference Centre (HICC) opened in June with most tickets selling out before the end of the football World Cup in Brazil.
The promoters announced that they were pleased with the early response from fans with the online reservations proving a huge success.
“Online reservations and early box office accounted for almost all of the entry level tickets, which are now sold out. All remaining tickets have been returned to the online reservation platform, available to everybody at www.daviesevents.com/live,” the promoters said in a statement.
Audiences were advised to go online as soon as possible to reserve their tickets and ensure they get to the box office early.
“The demand for the remaining tickets is steady, however the overwhelming request from customers in the remaining ticket categories has been to bring the box office and ticket collections to a more convenient location,” the promoters said then.
“Whilst the John Legend show is scheduled for November which seems a long way off, there certainly will not be any tickets available on the day or at the gate,” the statement reads.Advertisement