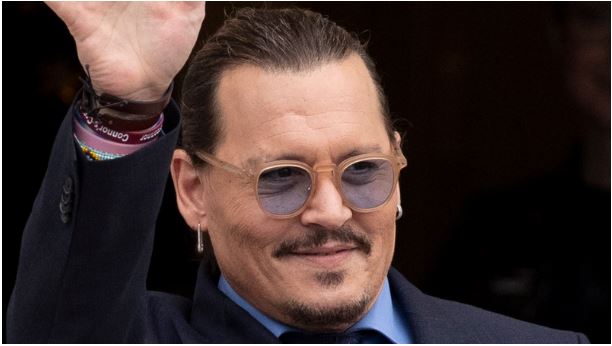 Actor Johnny Depp greets fans as he leaves court after closing arguments in the Amber Heard defamation trial in Fairfax, Virginia, in the US. Picture: EPA-EFE/MICHAEL REYNOLDS
Spread This News

The “Pirates of the Caribbean” actor, who recently won his multimillion-dollar defamation case against ex-wife Amber Heard, launched an account on the social media platform this week and describes himself as an “occasional thespian”.

Depp set up his profile on Monday and has already amassed almost 2 million followers.

Heard was found by a jury in Fairfax, Virginia, to have defamed her ex-husband with an article in which she claimed she was a victim of domestic abuse.

Depp received $15 million in damages, while Heard received $2m in compensatory damages after she counter-sued for $100m.

The “Edward Scissorhands” star – who has Lily-Rose, 22, and Jack, 20, with former partner Vanessa Paradis – admitted that his life had been “forever changed” by the case.

He said: “Six years ago, my life, the life of my children, the lives of those closest to me, and also, the lives of the people who for many, many years have supported and believed in me, were forever changed. All in the blink of an eye.

“False, very serious and criminal allegations were levied at me via the media, which triggered an endless barrage of hateful content, although no charges were ever brought against me.

“It had already travelled around the world twice within a nanosecond and it had a seismic impact on my life and my career.”

Meanwhile, “Aquaman” actress Heard, 36, who was married to Depp, 58, from 2015 to 2017, said she was heartbroken because the verdict was a setback to women’s rights.

She said: “It is a setback. It sets back the clock to a time when a woman who spoke up and spoke out could be publicly shamed and humiliated.”

Meanwhile, Alafair Hall, a spokesperson for Heard, has since confirmed to the “New York Times” that Heard intends to appeal against the verdict.