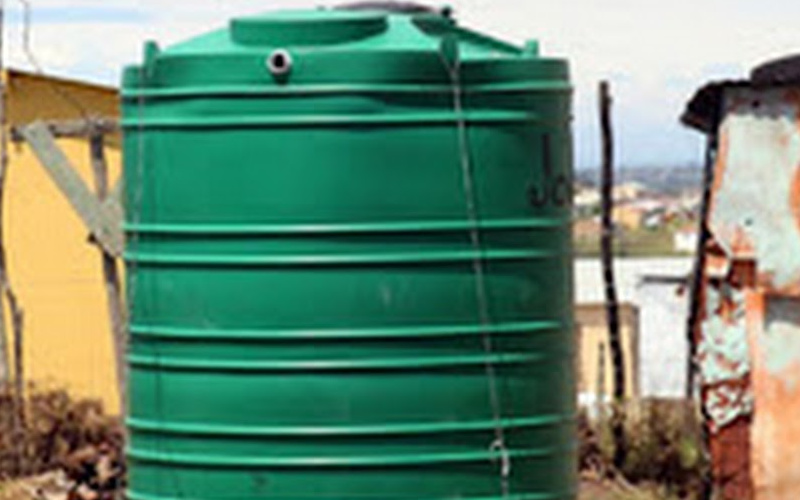 TWO children in Chitungwiza died on the spot Wednesday after a 5 000 litre tank full of water collapsed on them.

According to Nyathi, the children were playing when the water tank collapsed on them.

The deceased have identified as Trinity Saungweme (9), a Grade Four pupil at Dzidzai Primary School in Chitungwiza, and Colleen Kamonere aged 18 months.

Trinity’s brother Thulani (7), who is in Grade Two at the same school, fractured his right leg. He has since been discharged from hospital.

“Home-owners are urged to ensure water tanks are secure and pitched on places which provide safety. The warning follows an incident in Chitungwiza on 21/10/20 at 1600 hours, where a 5 000 litre tank full of water suddenly collapsed and killed two children and injured one. The children were playing nearby,” he said.

“This is an unfortunate incident which has happened here in Chitungwiza. What I can say as the local MP is that the installation of these water tanks should be done in terms of specified standards. It is my hope that in future, the local authority makes sure that these water tanks are installed on concrete and brick stands and not on these metal stands whose strength cannot be verified,” he said.

Meanwhile, Nyathi said in a separate incident, but also in Chitungwiza, a 23-year-old man has been arrested after he was Monday caught raping a one-year-old girl child.

“In another incident which occurred in Chitungwiza, a one-year-old child was raped by her uncle (23) on 19/10/20. He was caught in the act by an informant who heard the child crying and reported the matter to police.”

In a related matter in Kwekwe, police have confirmed that two female girls aged 13 and 10 were Monday indecently assaulted by six unknown male juveniles.