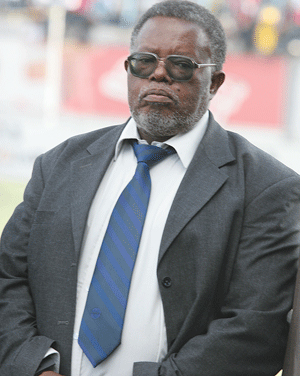 THE Joshua Nkomo Legacy Shield between Dynamos and Highlanders at the weekend has been thrown into uncertainty with Bosso saying they would not be taking part while Dynamos say they are ready for the battle.
ZIFA though have since sanctioned the matches.
Dynamos president Keni Mubaiwa said they were ready to play and win the cup as a sign of respect for the late vice president.
“We are not worried much about the money issue. All we want is to play in the proposed two-legged encounter as a way of respecting our late father. We are ready for Highlanders,” said Ndebele.
Highlanders chief executive officer, Ndumiso Gumede said the Bulawayo giants have no plans to take part in the Joshua Nkomo National Foundation-organised tournament.
“We have an outreach programme with Nyaradzo in Plumtree on Sunday and that is where the Highlanders family will be. We are not going to participate in the match,” he said.
“We feel they (organisers) are trying to make money through us because they have not been clear on issues like appearance fees and they are saying they want a certain percentage, but we cannot work like that.
“If we want to raise money, we can always arrange between ourselves and Dynamos and organise a friendly encounter,” Gumede said.
Zifa communications manager Xolisani Gwesela said the association had given their consent for the game to go ahead.
“We cleared that tournament and sent letters to both clubs and the Premier Soccer League to that effect.
“As far as we know, Highlanders signed an agreement to take part in the tournament, but the best person to talk to is Hadebe,” Gwesela said.
The Joshua Nkomo Legacy Shield was supposed to be played over two legs with the first match pencilled for Rufaro Stadium on Sunday and the second scheduled for Barbourfields Stadium on Unity Day.Advertisement