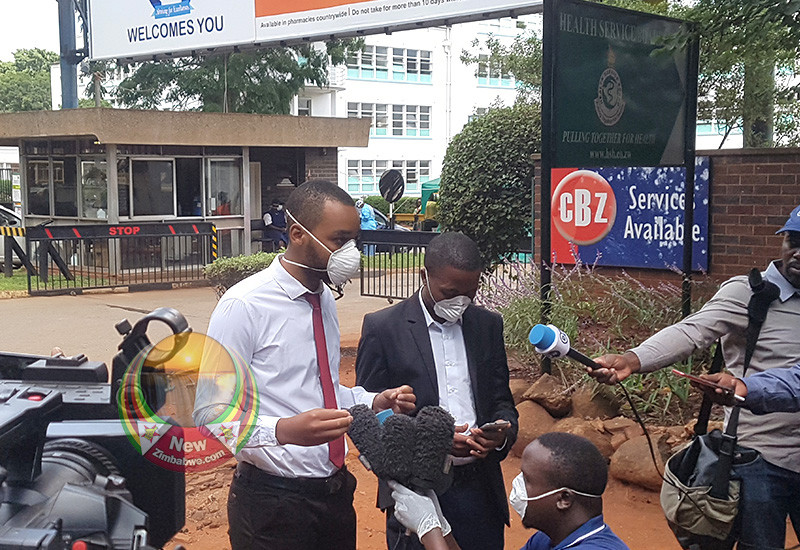 VOICE of America (VOA) Studio 7’s Frank Chikore has created a room at his home where he now sleeps, eats and sometimes works from as a way of socially distancing himself and protecting his family since the coronavirus outbreak and a topic he has been covering extensively.

Speaking to NewZimbabwe.com Thursday, Chikore said he feared infecting his family after spending most days interacting with people whose statuses he did not know.

“I have created a room for myself because I am exposed to this scourge. I meet a lot of people during working hours, so at the end of the day my fear is I will transmit whatever I will have assuming I am infected,” he said.

“I am now sleeping alone, I am exercising social distancing even in the bedroom,” said Chikore.

He is not the only one who has initiated survival tactics at home.

“When I get home I leave my equipment in the car, remove my shoes, wash my hands then head in for a shower.

“Basically, that is what I do. I have banned everyone in my family from touching my equipment although I clean it very often now or inside my car, there is always that fear you could be infected or your equipment could have the virus,” said Mukwazhi.

A week after the first cases of the killer bug being reported in Zimbabwe, most journalists continue to attend press conferences and events called by political parties, trade unions and government despite growing fears of the virus, which is shared easily when one is in crowded places.

“The first thing I do after coming from an assignment is I remove everything that I am wearing, put it away and make sure I sanitise myself before handling anything or playing with the kids,” Duetsche Welle’s Privilege Musvanhiri said.

Chikore said it was of concern that journalists were gathering news normally without taking into consideration the dangers associated with their job in the current environment.

“Journalists are not protected themselves at all considering we meet a lot of people whose status we do not even know. There is need for them to be educated since most continue to roam about without masks or gloves.

“There are stories that you can do without necessarily having to mix and mingle with people. The best thing to do is to wear protective clothing. Try by all means not to get into physical contact with family. The challenge could be for broadcasters who might need video and photographers who need to capture images,” he said.

Journalist Zororo Makamba is the first death from the coronavirus that has been reported in Zimbabwe. He died on Monday and was laid to rest the next day.

Zimbabwe’s largest newspaper publisher, Zimpapers, has scaled down operations and has also suspended printing of some of its publications and left a skeleton staff to a few newspapers.

Other online platforms like the NewZimbabwe.com have also initiated safety and security measures to reduce chances of staff contracting COVID-19.