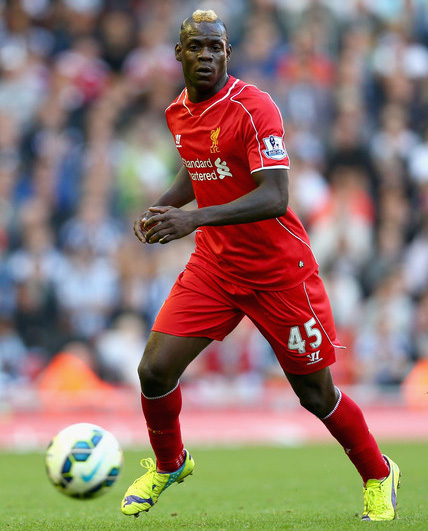 LIVERPOOL striker Mario Balotelli has completed a medical at AC Milan as he looks to tie up a return to the Italian club on a one-season loan deal.
Balotelli is taking a pay cut to move back to Milan, with Liverpool also paying some of his wages.
The Italy striker could make his second debut for the Rossoneri against Serie A rivals Empoli on Saturday.
“I always had Milan in my heart and always had hope that I would return one day,” the 25-year-old said.
“Will I end my career here? I just have to start to work and have a good year. I’m looking forward to training and proving my worth.
“I have a lot of motivation but I just have to work and not speak.”
Balotelli scored just one Premier League goal for Liverpool after a £16m move from Milan in August 2014.
He was left out of the pre-season tour of the Far East and Australia and has been training away from the first team.
The Reds have signed forwards Christian Benteke, Roberto Firmino and Danny Ings, while Divock Origi has arrived at Anfield after a year on loan at Lille.
Juan Cuadrado: Chelsea winger signs loan deal with Juventus

CHELSEA’S Juan Cuadrado has signed a season-long loan deal with Serie A champions Juventus after almost seven months at the Premier League club.
The 27-year-old Colombia international joined the Blues for £23.3 million from Fiorentina in February but made only 15 appearances, including four starts.
His move comes after Chelsea signed Spain winger Pedro from Barcelona for £21.1m on Thursday.
Winger Cuadrado has also played in Italy for Lecce and Udinese.
The 2014 World Cup star was greeted by fans on his arrival in Turin on Monday night and signed a contract after successfully completing a medical on Tuesday.
Chelsea also confirmed German Marko Marin has joined Turkish side Trabzonspor on a season-long loan, with an option to make the move permanent.
The 26-year-old joined Chelsea in 2012 from Werder Bremen and was a member of the squad which won the 2013 Europa League, but has had limited opportunities since.
Marin – who has made just two Premier League starts for Chelsea – has had loan spells at Sevilla, Fiorentina and Anderlecht.Advertisement