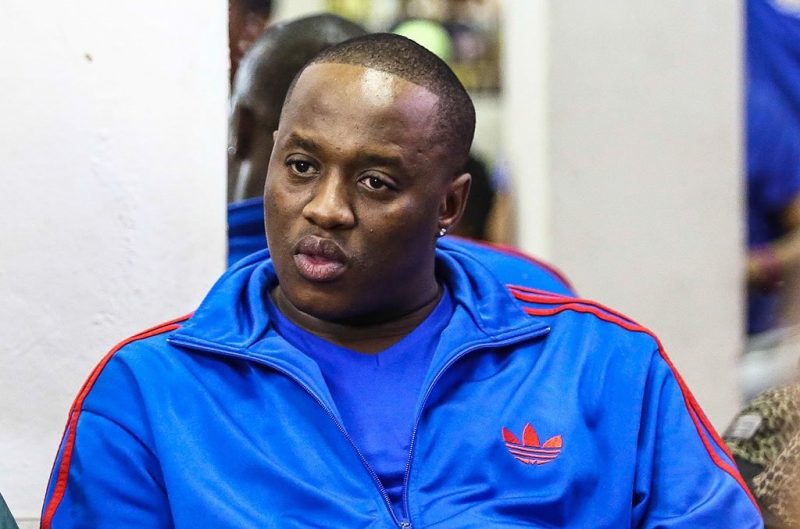 SOUTH AFRICAN artist Molemo ‘Jub Jub’ Maarohanye has finally apologised to his ex girlfriend, Kelly Khumalo after slandering her in an interview with Mac G in December last year.

In a Podcast and Chill with Mac G episode that aired in 2021 Jub Jub accused Kelly Khumalo whom he shares a son with, of using muthi to ‘snatch’ him from his then lover, actress Amanda Du Pont.

Despite the backlash that followed the controversial episode, Jub Jub had not retracted nor apologized for the accusations.

His statement directed to Khumalo only came recently, after Moja Love reportedly insisted that he apologize to her or never return to the popular South African channel.

Jub Jub hosts and produces Moja Love’s Uyajola 9/9 and You Promised To Marry Me.

He was suspended from Uyajola 9/9 after Amanda Du Pont accused him of sexually assaulting her during their two-year relationship. 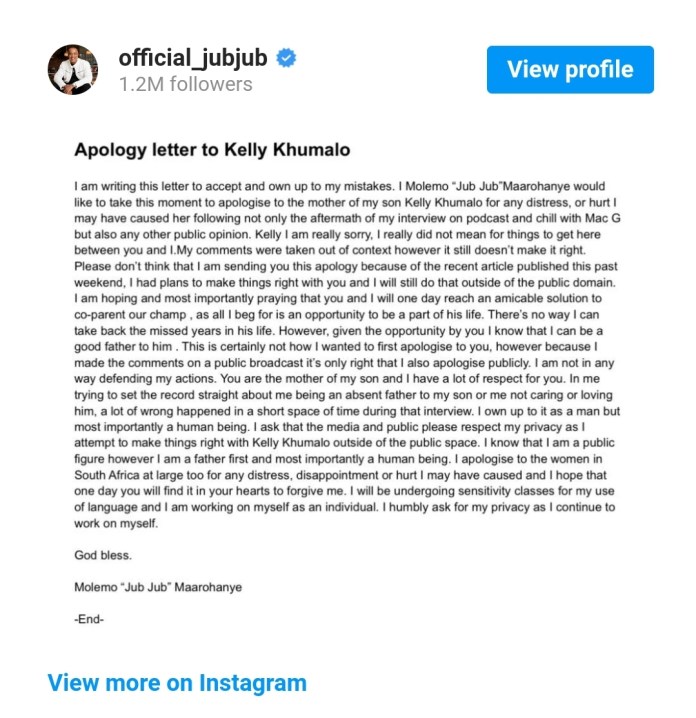