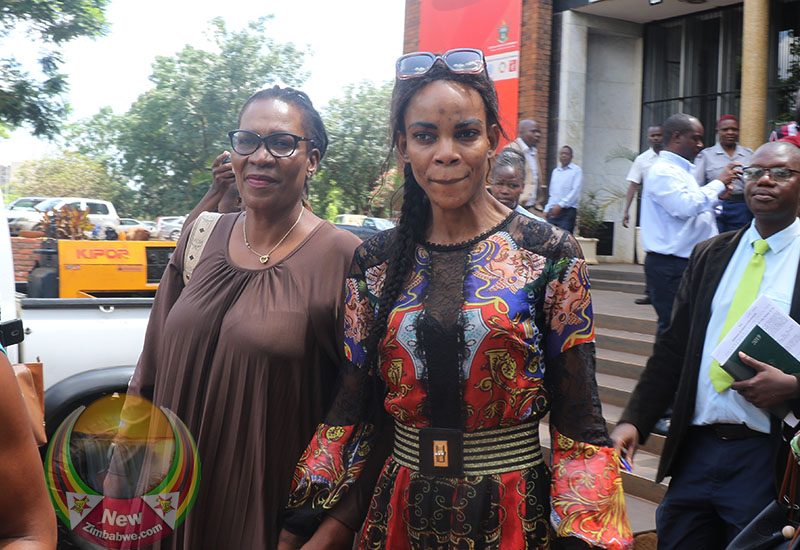 Marry Chiwenga with her mother
Spread This News

HIGH Court judge, Pisirai Kwenda has launched a scathing attack against prosecutors for apparently employing delay tactics in a case in which Vice President Constantino Chiwenga’s estranged wife was seeking bail in a slew of corruption cases and attempted murder.

Kwenda said while granting bail to the former model that the latter’s continued incarceration awaiting trial was not going to bring her corruption to an end.

She has been languishing in remand prison since then after the state opposed her bail on grounds that she was going to abscond trial if granted her freedom.

Through her lawyers, Marry then approached the High Court appealing denial of bail by the magistrates’ court ruling. She was also seeking bail in a separate case of attempted murder on her ailing husband.

Both applications were upheld.

Said Justice Kwenda in his Monday ruling, “The state is the dominant litigant in the prosecution of crime. There is no point in commencing a prosecution without the necessary seriousness to start the trial.

He added, “The fight against corruption cannot be achieved through detention without trial or pre-trial incarceration.”

Kwenda ruled that any person accused of an offence in Zimbabwe was presumed innocent until proven guilty.

“Accordingly, it is inappropriate for the state to argue for pre-trial incarceration as a matter of policy to deal with the problem of corruption. Such a policy would be invalid.

“The court a quo erred when it accepted the argument. The prosecution is urged to change the tact.”

He urged the state to investigate first before arresting suspects.

“The advantage is that when an arrest is eventually made, all evidence would have been secured and recoveries made in terms of the law relating to confiscation of proceeds of crime.”

Kwenda said the perception of “catch and release” comes from non-prosecution cases or lack of thorough preparedness or underwhelming evidence of the state case.

He then ruled that allegations faced by Marry may be serious but are not complex.

“I therefore find that the court aquo misdirected itself when it failed to place weight on the submission that the interests of justice in this matter (government fight against corruption) justified pretrial incarceration.

“The decision of the court is substituted by the following, the accused be and is hereby admitted to bail pending trial.”

Kwenda ordered Marry to deposit $50 000, to reside in Borrowdale Brooke and that the clerk of court shall accept as surety a Highlands Estate measuring 3642 square meters held by K M Auctions Private Limited accompanied by necessary resolution of directors who are her father, Keni Mubaiwa and Helga Junior Mubaiwa.

He said the state also failed to support its claim that Marry wanted to kill Chiwenga.

“This judgement would not do justice if it ends without commenting on a submission by the state at the initial bail hearing and completely overlooked by the court a quo. It will be recalled that the state argued that the appellant had set out to kill her husband and she had unfinished business in that regard. The court a quo did not place any weight on that submission,” he said.

“The averment that the parties had interacted subsequent to the alleged attempted murder was not controverted by the state. The court aquo ought therefore to have granted the appellant bail pending trial.”

Marry is expected back in court on January 14 for her routine remand.