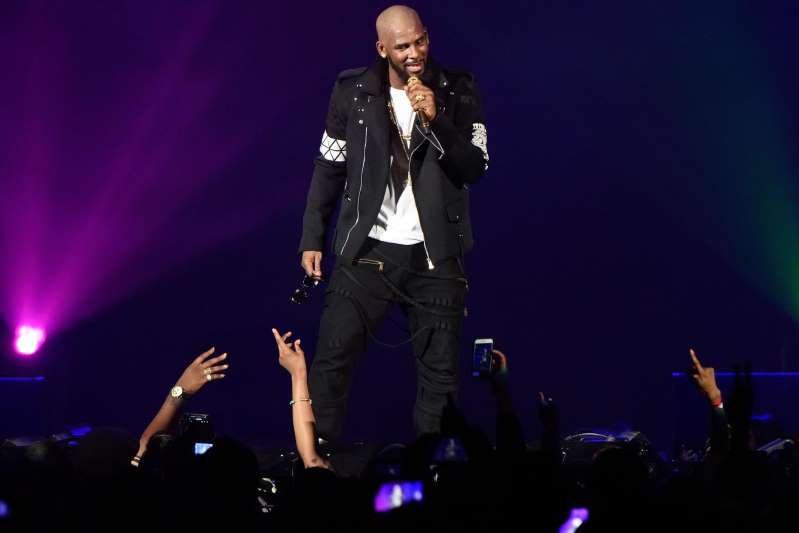 A judge in Chicago set bond for R. Kelly at $1 million Saturday on charges the singer sexually abused four females from 1998 to 2010.

Under the terms of his bond, Kelly must surrender his passport and may not have contact with anyone under 18.

Prosecutors also revealed additional graphic details about the accusations against him.

Among the revelations was that Kelly allegedly spit on two the victims. And one of the alleged victims provided authorities with a shirt she wore during an alleged encounter with Kelly, which later tested positive for his DNA.

At the time of the alleged abuse, two of the victims were 16 years old, one was between 14 and 16, and the fourth was 24, according to Cook County State’s Attorney Kim Foxx’s description of the evidence.

The indictment says Kelly used force or the threat of force.

R. Kelly’s bond was set for a total of $1 million on Saturday.

Kelly’s attorney Steve Greenberg said Kelly and his defense team are “very happy” with the bond and that it seems “fair and reasonable given the allegations.”

“Right now he’s presumed innocent,” he said. “We haven’t seen any reason to believe that these allegations are credible.”

Greenberg said Friday that he thinks “all the women are lying.”

“Mr. Kelly is strong, he’s got a lot of support and he’s going to be vindicated on all these charges — one by one if it has to be.”

Kelly did not respond. Once he entered the building, he was handcuffed and led away by police. His arraignment is set for March 8.