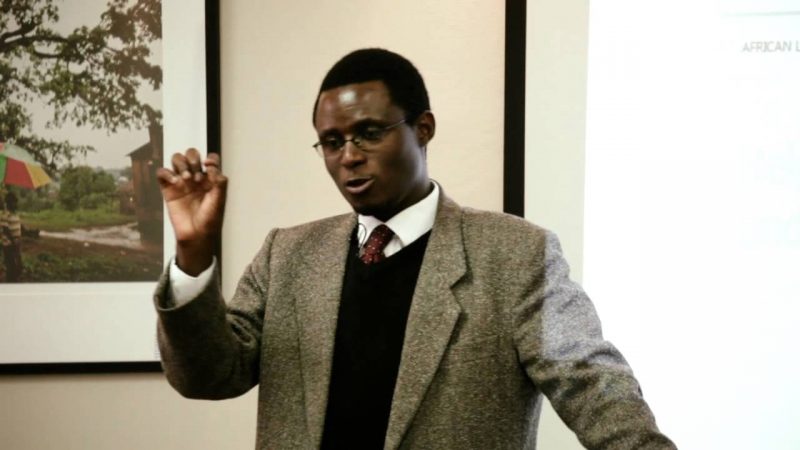 A RENOWNED international advocate Tererai Mafukidze has challenged the judiciary in Zimbabwe to follow its constitutional obligations and act as an independent arm of the state without any undue influence by any individuals or entities.

He was speaking online last Friday at the Walter Kamba Rule of Law Lecture where he was guest for the event organised by the Law Society of Zimbabwe (LSZ).

Kamba was a lawyer, academic, and the first black vice-chancellor of the University of Zimbabwe from 1981 to 1992. Under his tenure, the UZ expanded its intake of black Zimbabweans.

However, he resigned in 1992 after delivering a controversial speech at a graduation ceremony, citing government interference and threats to academic freedom. He died in 2007.

In his Friday address, Mafukidze said the judiciary in Zimbabwe needs to ensure it protected the people and faced no undue outside influence.

“Our judiciary needs to ensure that it lives up to the requirement of the Constitution particularly the principles set out in section 165,” he said.

“These principles are bone out of our collective historical experiences and the experiences of other nations. Our Constitution says judiciary power is exercised on behalf of the people and the judiciary must live to this requirement.”

Mafukidze added the judiciary system in Zimbabwe had been tarnished following the arrests of several legal professionals on spurious charges.

“The arrest and harassment of lawyers on spurious charges is hampering the ability of lawyers to deliver service to the public in courts as independent professionals,” Mafukidze said.

Several lawyers have been arrested in 2020 on charges many have condemned as trumped-up.

Mafukidze also made reference to an anonymous letter allegedly written by judges complaining of gross interference in their work by the Chief Justice Luke Malaba.

“The anonymous letter that has been circulating exposing what is obtaining in the judiciary service delivery, has done more damage to the reputation of the judiciary as its contents are being whispered in confirmation.

“I would have wished that a judge who prefers to express these views to put their names down because that shows that they are prepared to stand for their oath of office.”

Mafukidze also questioned the independence of the National Prosecuting Authority (NPA) headed by Kumbirai Hodzi before questioning the constitutionality of the special prosecuting unit in President Emmerson Mnangagwa’s office.

“The independence of the prosecuting authority is another bit of serious concern,” Mafukidze said.

“We had a special prosecuting unit in the Office of the President and Cabinet in breach of serious constitutional provisions and it remains without a remedy. The same concerns also align the uncertainty regarding the constitutionality of the appointment of the prosecutor general.”

Mafukidze is a member of the Johannesburg Bar and practices with Group One Sandown Chambers in Sandton, Johannesburg, South Africa. His practice areas are: general commercial law, competition law, human rights, administrative and constitutional law.