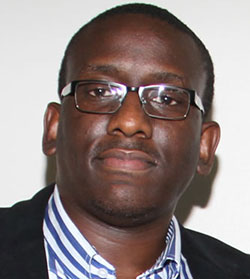 THE High Court has relaxed bail conditions for embattled Sunday Mail editor Edmund Kudzayi despite protestations from the State which insisted he remains a flight risk.
Ruling Monday on an application for relaxation of bail filed last week, Justice Joseph Musakwa removed travel restrictions imposed on the editor which had seen him confined to within a 40km radius of Harare.
Kudzayi will also no longer be required to report twice a day to CID Law and Order; instead, he’ll be required to report once every Monday and Friday.
State prosecutor Tawanda Zvekare had opposed the application arguing that investigations were continuing. However, he was unable to offer a satisfactory response when quizzed by Justice Musakwa on why the State had failed to provide a trial date on the 20th of July as had been indicated in June.
The court raised additional questions over claims that the police were working with Google and Facebook, asking why there was no evidence to support this claim.
The under-fire prosecutor left the court in stitches after admitting he did not know the answer to the questions and requesting the hearing be postponed while he consulted with the investigating officer Crispen Makedenge.
Justice Musakwa shot back and immediately denied the request for postponement, pointing out that the State had had ample time to prepare its response.
In a statement provided to NewZimbabwe.com Kudzayi wecomed the court’s decision but called for a finalisation of the case.
“This is a wonderful outcome but sadly it is merely a token victory, what we really want is for the police to finish their investigations so we can go to court,” he said.
“However, I suspect they will continue to investigate indefinitely because they know they made a mistake in arresting me and are now just looking to save face.
“As we have insisted since the beginning, these charges are laughable and will not survive the scrutiny of a learned judge.”
Kudzayi faces a raft of charges ranging from terrorism to insurgency, he is due in court again on the 14th of November for a routine remand hearing.Advertisement