POLICE Commissioner General Godwin Matanga has ordered all officers to sleep at their respective police stations Thursday evening pending deployment to quell anti-government rioting at 3am the next day.

This follows threats by the opposition to roll out countrywide protests against high level corruption in government corridors coupled with grinding poverty under the Zanu PF led administration.

According to the police boss’s directives, occasional and vacation leaves have also been immediately cancelled amid the tense national situation.

“All forms of time-offs, occasional leave and vacation leave are cancelled by the Commissioner General of Police Matanga save for those who are on maternity leave.

“All members are to bring their own bedding on the 30th day of July 2020 (Thursday) prepared to sleep at station on standby for briefing and a deployment to be carried out on the 31st day of July 2020 at 0300 hrs,” reads a notice at Milton Park Police Station dated 28 July and signed by the Officer In Charge.

Officers in other cities across the country such as Gweru, Masvingo and second capital Bulawayo confirmed having received similar orders. 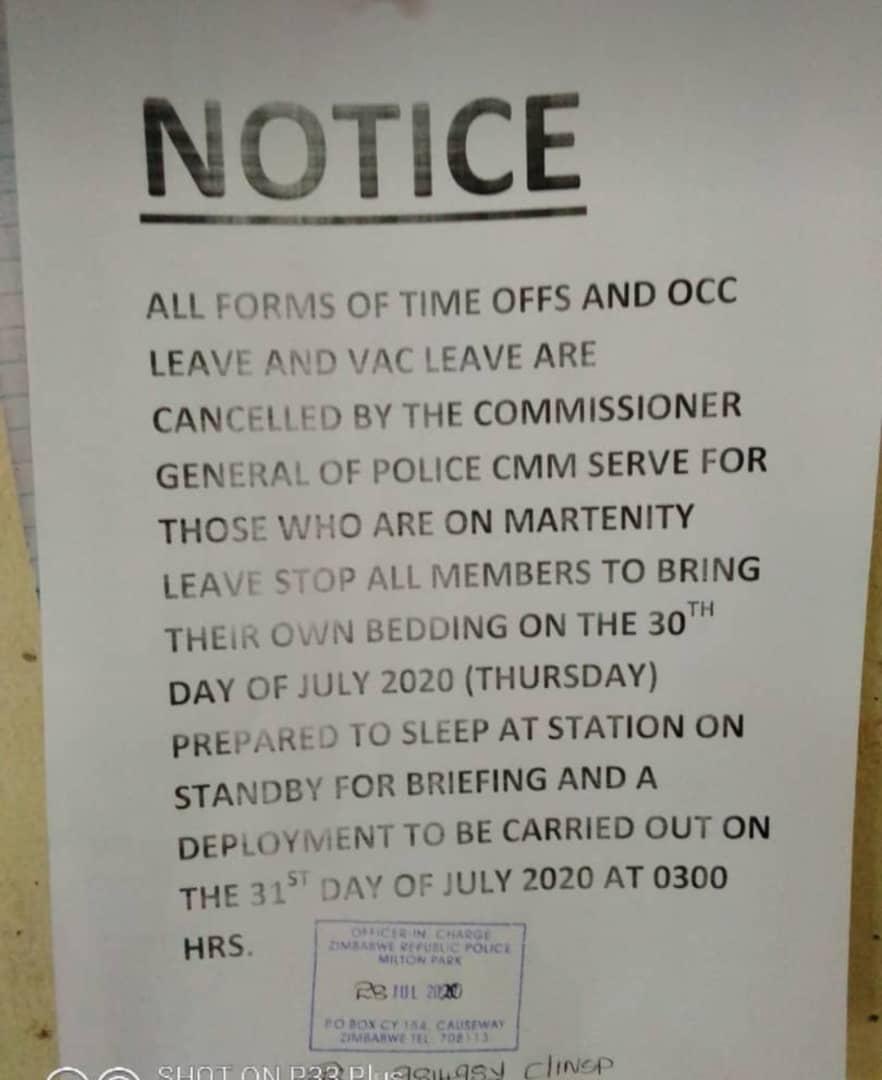 Efforts to get a comment from Police Spokesperson Paul Nyathi were unsuccessful as his mobile phone was not reachable.

There are strong fears the planned July 31 protests could be a replay of the bloody anti-government civil unrest of January last year in which shops were looted and burnt by angry protesters.

The protests elicited a brutal state reaction which led to the killing of over a dozens and the injury of many more.