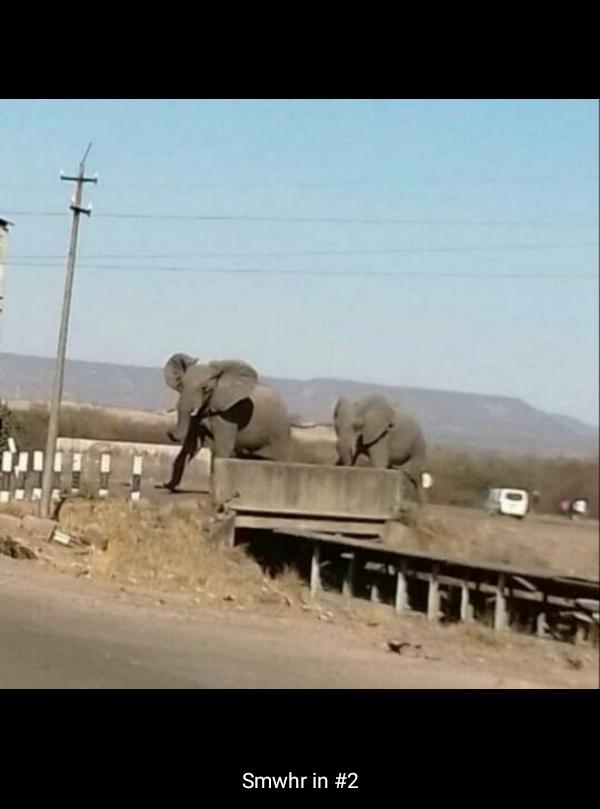 AT least 60 people have been killed by elephants so far this year around the country, with worried authorities saying the problem could reach crisis levels as some highly aggressive and uncontrollable herds frequently stray into communal areas.

Zimbabwe has been struggling to dispose of its excess elephants because of a blanket ban under the international law.

Authorities argue that the ban is unjustified because of an increasing national elephant population, which testifies to the country’s excellence conservation efforts.

Zimbabwe’s forests have a carrying capacity of around 55 000 elephants, but the number is now estimated at the around 100 000.

“Judging by responses to Zaka post yesterday, the issue of human/wildlife conflict has become quite emotive. This year alone, 60 Zimbabweans have lost their lives to elephants and 50 were injured,” said Mangwana.

According to Mangwana, elephants are moving in large herds and have destroyed crops, forcing community members to retaliate, injuring some of the elephants in the process.

“The injured ones have become aggressive and uncontrollable,” Mangwana said.

“This is because we now have such an unsustainable population primarily due to our great conservation methods. Villagers are losing their livelihoods as animals plunder their crops,” he added.

“Last week, Campfire hunters shot down two elephants at Tshange area. More were later seen at Kenilworth drinking water at Mangubeni School. The most affected areas include wards 6, 8 and 21. There is an outcry as communities experience financial, food security and property losses,” said Mangwana.

Zimbabwe Parks and Wildlife Management Authority (Zimparks) says the number is  more than double the country’s carrying capacity, which has resulted in increased human-wildlife conflict.

Zimparks spokesperson, Tinashe Farawo, said Zimbabwe is headed for a disaster if the herd is not depopulated.

“More cases are likely to be reported as we move towards the dry season. Elephants will be moving in search of food and water. We therefore urge the public to avoid movement during the night, and to let the elephants move freely to avoid human loss,” Farawo said in an interview with NewZimbabwe.com.

He also urged the public to swiftly report if they notice herds of elephants in their areas.

Farawo said Zimparks rangers are on high alert and will act swiftly to reports of invasion.

Zimbabwe will later this month host a regional conference involving six Sadc states with the highest elephant population in the world. The conference is aimed at finding a common ground to collectively lobby for permission to trade in elephants and their products as a way of keeping the herds within manageable sizes.