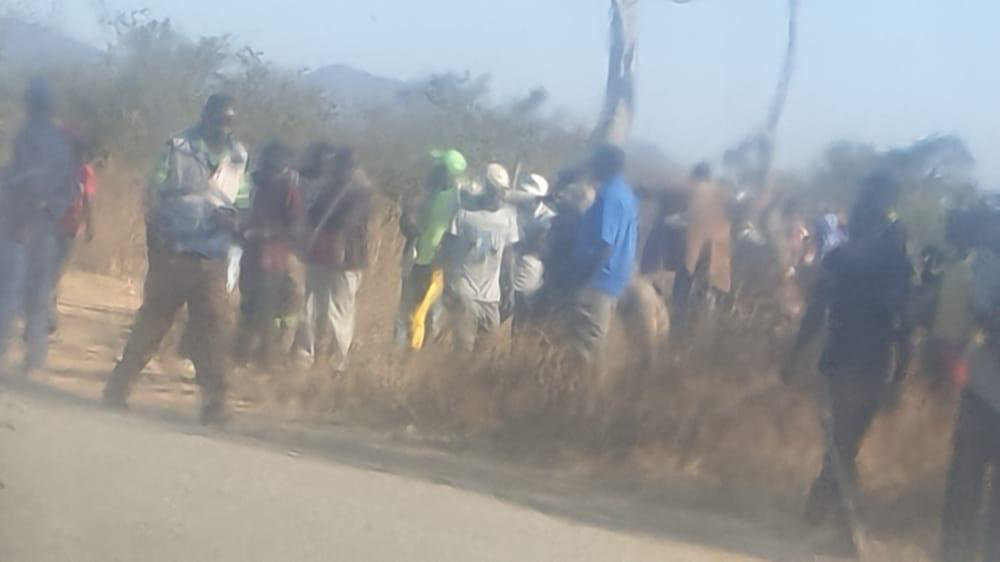 “We are in Mashonaland East Wedza and Zanu PF has unleashed terrors on the entire area. From Harare we had more than 11 roadblocks illegally manned by Zanu PF and some of them obviously manned by police.

“Right now, violence has taken place in Wedza north in the GMB area leading to the abduction of one of our youth champions Tonderai Bhuka whom we are still trying to locate up to this time.

“We have engaged the police to try and find those who are suspected to have abducted, but we are clear and precise that these are Zanu PF people who want to turn this a no-go area for CCC.

Siziba also said the party will not be deterred and they were going to continue with their meetings.

“It is something we cannot accept because we are a legitimate political organisation with rights enshrined in the constitution and protected by that very same law. We have the freedom to assemble and move around so we are going to continue with our meeting because Zanu as our political competitor cannot deter and define places or platforms we should go as a political organisation, so that is why we are going ahead and remain undeterred,” he said.

As we head towards the general election, CCC has seen more of its events being banned by police and party activists getting arrested and denied bail.