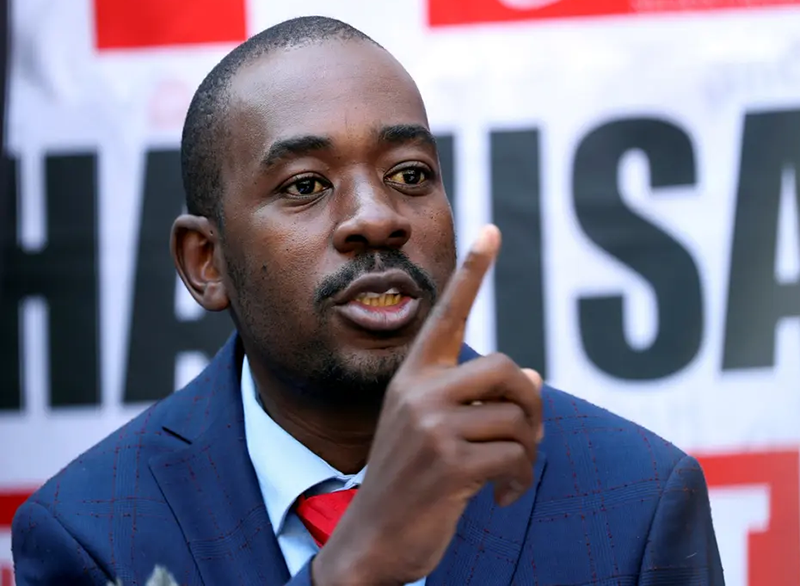 OPPOSITION Citizens Coalition for Change (CCC) legislators have defended their move to accept controversial US$40,000 loans from Parliament, days after party president Nelson Chamisa described the move as unethical and immoral.

The Members of Parliament (MPs), who were first ordered to return the large sums before a caucus meeting with Chamisa clarified sticking matters, secretly signed the loan documents on October 22, 2022, without his knowledge on understanding these were personal agreements between them and their ‘employer.’

Chamisa launched veiled threats at his 19 parliamentarians after revelations of the facility, questioning government’s decision to prioritise MPs over struggling ordinary citizens and the country’s battered social services.

Speaking at the party’s Wednesday press conference meant to clarify the matter in Harare, party Chief Whip Prosper Mutseyami, who was forwarded a US$350,000 loan, vehemently defended their decision as CCC MPs whistled and clapped their hands in the background.

Mutseyami further dug in by blaming President Emmerson Mnangagwa and his Zanu PF executive for failing to invest in their welfare by constantly under-funding their needs.

“The CCC caucus has always put citizens at the forefront in its quest to push for democratic change in Zimbabwe. At all material times it has advanced the agenda of citizen protection and that of holding the executive to account,” said Mutseyami to raucous approval from his counterparts.

“We acknowledge that citizens have a right to question and to oversee the conduct, omissions and commissions of those that they elect to public office. In this regard we therefore welcome the intense public scrutiny around this issue.

“The executive has over decades systematically debased and weakened the role of Parliament. Parliament has been underfunded and Parliament has been treated as a constitutional inconvenience by an Executive that is not accountable and is not prepared to be held to account.

“Whilst Parliament as an institution has been incapacitated through under-funding the whipping system and constant recalls, MPs have been incapacitated and devalued by failure to put into place terms and conditions that allow them to properly execute their duties.”

In his defence Mutseyami, who stood on the podium with party deputy spokesperson Ostallos Siziba, compared their US$60 wage to the average US$2,000 paid in the region, provision of constituency offices, a research budget, computers present in countries such as Kenya, South Africa and Namibia.

“Sadly, in Zimbabwe that is not the case. The position of MPs remains vulnerable given they do not own means of production to derive and have income,” he added.

“They face the onslaught of a well-resourced opponent who has access to state resources that include Command Agriculture, Pfumbvudza, mines, farms, tenders and other centres of loot.

“Most MPs reside out of Harare and are ordinarily housed in hotels. As of now, parliament has failed to pay for those hotels, resulting in embarrassing situations where MPs are forced to hope from one hotel or lodge to another. It was in this context that a housing facility was raised.”

Siziba disputed the MPs’ move was in clear defiance of Chamisa.

“We took it upon ourselves as the CCC to investigate, call our MPs and ask them to explain what had happened so that we make a decision based on that.

“The president made it clear that under no circumstance can our party dither and compromise on issues of ethics and values. We now have the facts; we have read the contract.

“What was not there was a communication issue not a political problem, but the enemy obviously intended to harvest out of it by presenting a political problem. One of it was the assumption that CCC MPs had defied the president. You cannot separate the CCC champion in chief and his “deployees” in parliament.”