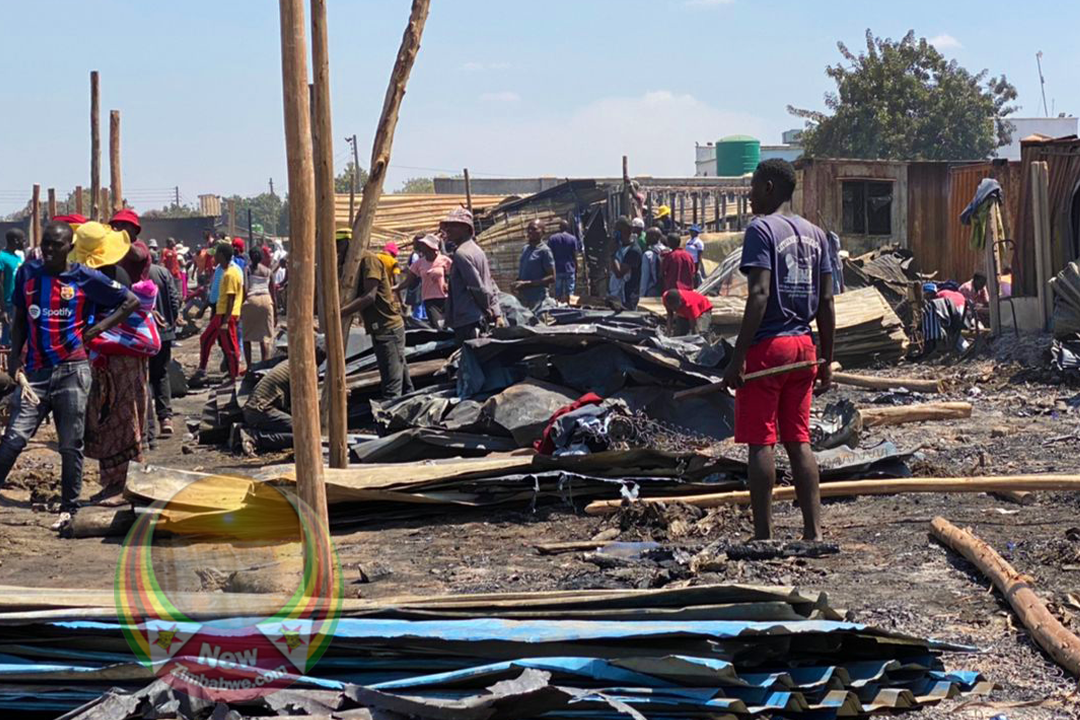 PROPERTY worth thousands of dollars has been destroyed by fire which broke out Sunday afternoon at Harare’s Glenview Home Industry complex.

The accident comes barely a month after the same complex was reduced to ashes by a fire which was reportedly caused by an electrical fault.

Carpenters who spoke to this publication said an elderly man was preparing his field and started a fire which then spread into the complex.

The fire, according to reports, has been put out but almost razed down houses close to the complex in Glenview’s Area 8 suburb.

“About half of the complex has been destroyed. We could not save most of the property because the fire spread rapidly. The Fire fighters rushed to the complex and managed to put out the fire.

“However, this time it was too bad because several houses close to the complex almost got burned down,” said the carpenter who chose to be anonymous.

Harare City SMEs Committee Chairperson Denford Ngadziore said there is need to redesign the complex to avoid any further losses.

“Very soon we are planning  to temporarily relocate carpenters from Glenview Area 8 complex to Glenview 1 Home Industry, so that the City can replan and redesign the complex to avoid and minimise future fire outbreaks,” he said.

“Carpenters and Firebrigade have been facing a challenge in putting out the fire because they (carpenters) work with thinners, sawdust, paints and cotton wool.

“Am calling upon carpenters and other stakeholders to  comply with the council so as to avoid future fire outbreaks,” he said.

Ngadziore said his committee will this week have stakeholders meeting for a  permanent solution towards the perennial fire outbreak at the complex.