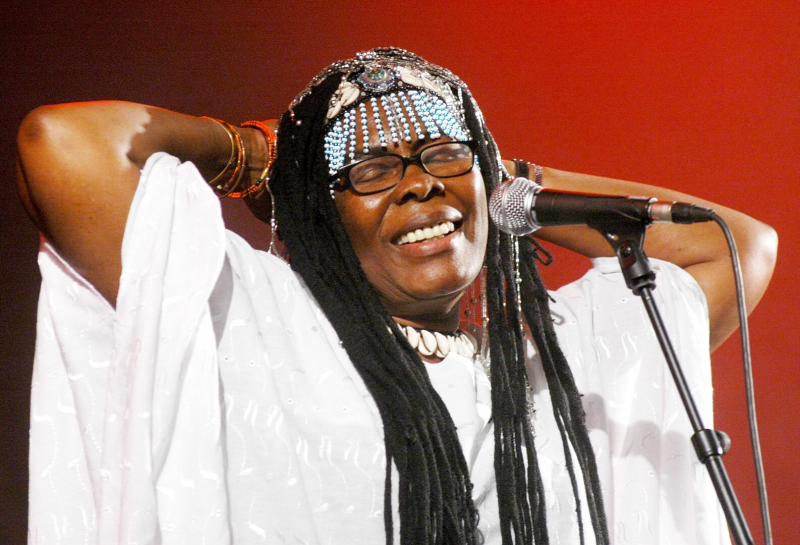 Chiweshe passed on early Friday morning at her place of residence in Harare’s Kuwadzana suburb at the age of  77.

Her passing on was confirmed by a close relative Rector Kandemiviri  who told state media that the musician has not been feeling well lately.

“She wasn’t feeling much well of late, coupled with age. The last time she came kumusha she was saying her days were almost up and as such, she needed to settle back home,” said Kandemiviri.

The National Arts Council of Zimbabwe (NACZ) director Nicholas Moyo said she succumbed to cancer of the brain.

“It is with a heavy heart that I announce the passing of NAMA legend Mbuya Stella Rambisai Chiweshe (77).

“Her daughter Virgnia Mukwesha-Hetze informed me that Mbuya Chiweshe died peacefully from cancer of the brain at home in Harare this morning,” Moyo said.

Meanwhile according to Moyo, mourners are gathered at Mukwesha homestead in Chinyika Goromonzi and burial arrangements will be announced in due course.

“Born on the 8th of July, 1946, in Mujumi Village in Mhondoro, Mbuya Stella Chiweshe was undoubtedly Zimbabwe’s Queen of Mbira and one of the country’s foremost cultural exports. With her swooping vocals on the mbira, she brought traditional Zimbabwean Shona music to the international stage.

“With a career spanning over 40 years, Mbuya Chiweshe was a recipient of various local and international awards, including the Billboard Music Award (1993), the NAMA (2006), the NAMA Lifetime Achievement Award (2020), and the NAMA Legends Awards (2021).

“May her soul rest in peace,” he said.