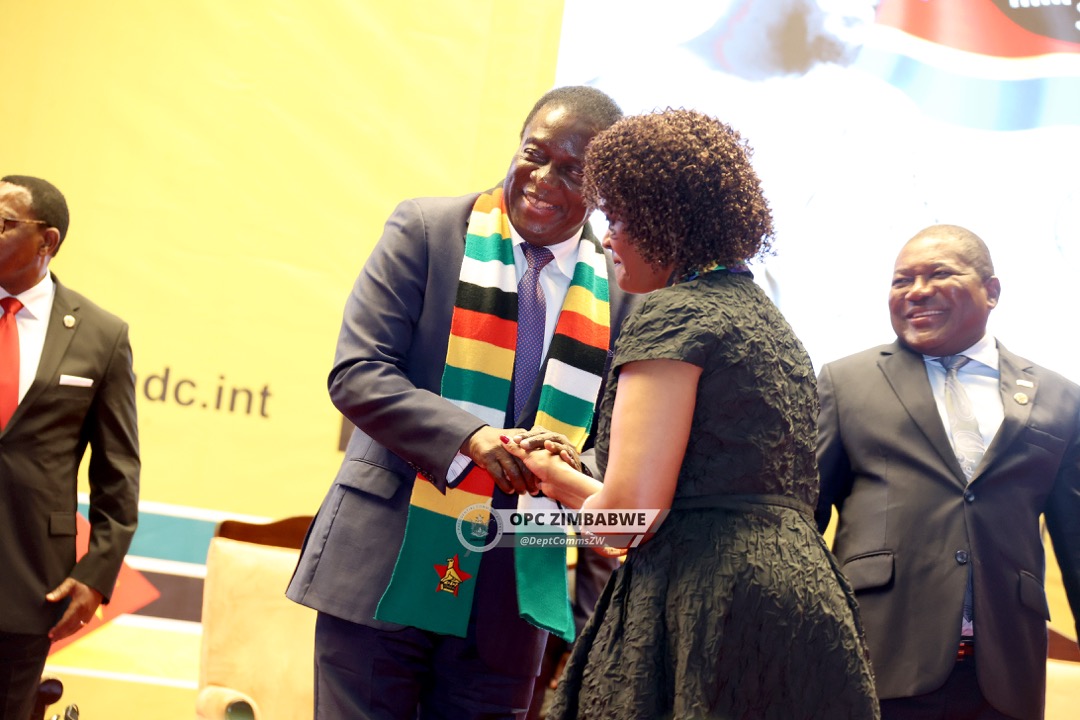 Grace was receiving Mugabe’s posthumous honorary award from the Southern Africa Development Community (SADC) for pioneering the bloc alongside other ‘forefathers’ within the region at its ongoing 42nd ordinary summit.

The relationship between Grace and Mnangagwa has remained frosty since the latter dethroned Mugabe in a military assisted coup, November 2017.

Grace who was said to have held ambitions to replace Mugabe has maintained a low profile since then.