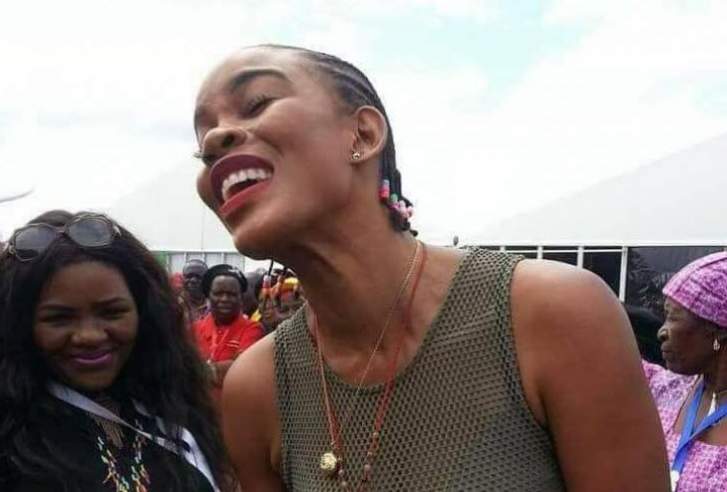 KENNY Mubaiwa, father to Marry – the estranged wife to Vice President Constantino Chiwenga – has issued a curt declaration “justice shall prevail” in a case in which his daughter faces attempted murder on her powerful husband and a slew of fraud charges.

The former Dynamos boss was at the Harare Magistrates’ Court on Monday to see her daughter taken to jail, at least for now, over the alleged offences.

Speaking to journalists outside the court building Monday, Mubaiwa, said there was no need for her daughter or the Mubaiwa family to worry as justice would prevail at the end.

“Justice will prevail at the end of the day, so we don’t have to worry about that,” said Mubaiwa while walking away.

Also present in court was Marry’s mother, Helga Mubaiwa who was seen trying to comfort her embattled daughter during court breaks.

Helga contested the Zanu PF 2018 primaries for Seke albeit on a losing cause.

Marry was remanded in custody to 30 December after she appeared in court facing charges of attempting to murder her husband and other fraud charges laid against her by the Zimbabwe Anti-Corruption Commission (ZACC).

Clad in a long floral dress and sporting trendy sunglasses, a smiling Marry seemed at ease as she waved at dozens of journalists covering her initial court appearance after spending the weekend in police cells.

Denying her bail, regional Magistrate Chrispen Mberewere, said she was a flight risk considering that she owned properties outside the country.

“Everyone has the capacity to flee once faced with a likelihood of jail. The accused being someone accustomed to a better life has more likelihood of flight,” Mberewere said.

The magistrate also dismissed arguments from Marry’s lawyer, Taona Nyamukura that she would stick to her bail conditions once she handed over her diplomatic passport to the Clerk of Court.

“Having a diplomatic passport or ordinary passport does not stop anyone from fleeing the country. Judges and top politicians faced with possible jail have fled the country. I will not mention names,” Mberewere said.

However, Nyamukura informed the magistrate that they would be approaching the High Court for bail.

She is also accused of trying to fraudulently acquire a marriage certificate for her marriage to Chiwenga at a time the former army general was incapacitated.

Marry further is also standing accused of money laundering and externalising more than a million US dollars to South Africa, money she used to purchase an upmarket house and two top-of-the-range Range Rover vehicles.