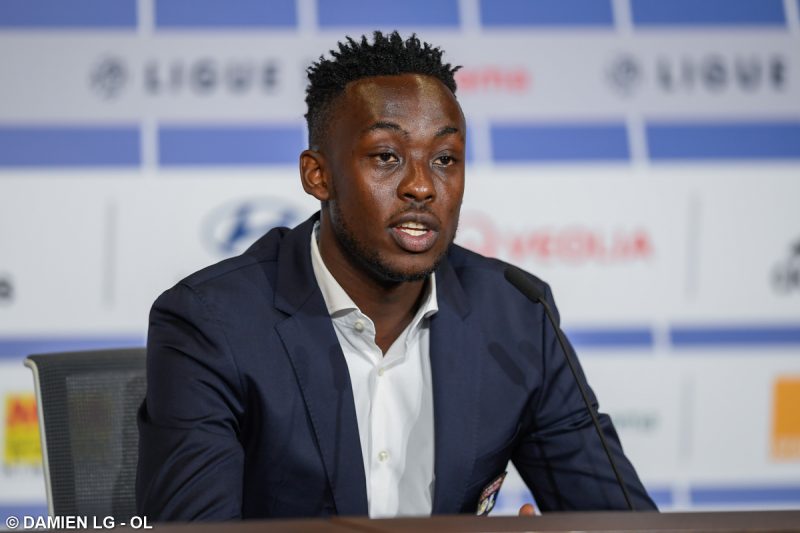 WARRIORS star Tino Kadewere, through his Kadewere Foundation, has donated full sets of home and away kits to his former club, Harare City, who are preparing for the start of the 2021 Premiership season.

The 25-year-old Olympique Lyon striker who has been enjoying a successful season in the French Ligue 1 is a product of Harare City after joining the club while he was still a student at Prince Edward School in the capital.

Harare City provided a platform for Kadewere to showcase his talent in the domestic league before he secured a move to Swedish side Djurgadens.

Kadewere has been one of the country’s top performers in Europe, where he has been enjoying his game in the French Ligue 1 after joining from second tier side Le Havre last year.

The gifted forward had maintained a strong connection with his former club and on Wednesday his foundation, through its chairman Prosper Kadewere donated playing kits to Harare City.

Speaking at the handover ceremony, Tino’s brother, Prosper Kadewere said: “This is only the beginning. Harare City helped Tino to be who he is today.

“We are very much appreciative of the role this team played in the grooming of Tino. So, this donation is only the beginning. Our relationship with Harare City is deep and we can only say we will be there for the team. Even Tino is always thankful for the role Harare City played in shaping his career.”

Prosper added; “It is only prudent for him, through the Kadewere Foundation that we come in, making donations like these.”

In a separate message Tino revealed plans to construct a state-of-the-art football facility in Harare which will also benefit young footballers, through his Tino Kadewere Foundation.

He appealed to the Harare City Council to avail land for him to construct facilities for the Highfield Academy which was started by his late father.

“I’m grateful for what was done for me by Harare City Football Club. They took me in and showed me love, they welcomed me and took me in as one of their own, something I never expected,” the Warriors striker said.

“For me to be where I am today, it is because of them.  I also thank God for making it possible for me to be at the club. So this little gift (the jerseys), is the beginning of something bigger we are planning with Harare City.”

“My plea is for us to have some land on which we can put our own football ground, as well as classrooms and a gym for our Highfield Academy so that we can help young kids. The teams I have played for can also help us also help uplift young aspiring footballers in also reaching where I have reached,” added Kadewere.