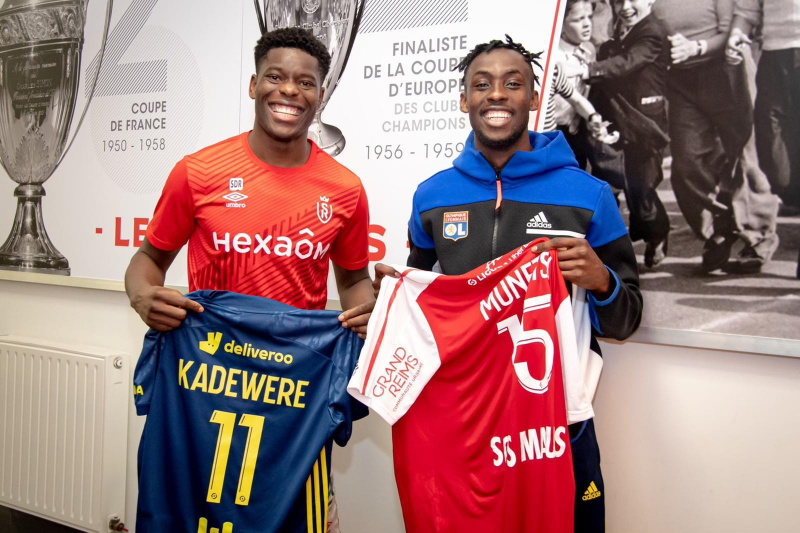 TINO Kadewere was relieved after ending a disappointing run of seven matches without a goal when he came in as a substitute to score an injury time equaliser in Olympique Lyon’s 1-1 draw at Stade de Reims Friday night.

In what was billed as the battle of the Zimbabwean stars in Ligue 1 as Kadewere battled against his compatriot Marshall Munetsi both players put on a splendid performance with the latter being named the overall man of the match while the former was back amongst the scorers.

Kadewere was introduced at half-time with the team trailing through Mathieu Cafaro’s 33rd minute goal but he ensured a share of the spoils after scoring with a fine header three minutes into additional time.

It was Kadewere’s first goal for Lyon since scoring a brace against St Etienne on January 24 and he was relieved to finally shake off the difficult run.

“It had been a while since I scored, but we haven’t won so the goal wasn’t met,” he said in his post-match interview with Olympique Lyon TV

“It was a tough game, even if we had the chances to win. We must not lower our heads, the season is not over, we have a very important match next week, and we need to keep a cool head and work to prepare for all of our next matches.

“It was not a very good match for us. We lacked the finishing touch, we had our chances. The important thing is to look ahead and focus on our next matches,” the 25-year-old forward added.

The goal took Kadewere’s season tally to 10 goals which makes him the club’s third highest scorer behind club captain Memphis Depay (14) and Cameroonian Karl Toko-Ekambi who has 11 goals.

Although most Zimbabweans will be happy with Kadewere’s return to scoring ways, it will not mean much for the Warriors after his club barred him from joining the national team for the upcoming AFCON qualifiers against Botswana and Zambia later this month.

While Kadewere returned to scoring ways it was his compatriot Munetsi who stole the show as his man-of-the-match performance won him a lot of plaudits from the French media.

The Mabvuku-bred star was brilliant in midfield for Reims, with 62 touches, two key passes, two tackles, most interceptions (seven).

He also won six out of 12 duels and nine clearances, the most by any player from both sides during the encounter.

Munetsi was also unlucky not to be on the scoresheet as his well-taken shot in the second half was brilliantly saved by Lyon goalkeeper Anthony Lopes.

Posting on his Facebook page after the game, the midfield enforcer said ultimately, Zimbabwe was the winner.

“Points shared in 1-1 draw, Zimbabwe the winner and it was good to see my brother Tino Kadewere,” he wrote accompanied by a picture with Kadewere as the duo showed off the jerseys they had exchanged after the match.

Munetsi is part of the Warriors provisional squad for the AFCON qualifiers but ZIFA is still awaiting a response from the club on whether he will be available for the matches against Botswana and Zambia at the end of the month.