FRANCE-BASED Zimbabwe international Tino Kadewere has made a generous donation to health service workers in the front line of the fight against the coronavirus pandemic.

The 24-year-old Olympique Lyon striker, through his Tino Kadewere Foundation, on Wednesday donated an assortment of foodstuffs to the City of Harare’s Emergency Services department which has been at the forefront in the fight against the spread of the Covid-19 pandemic. 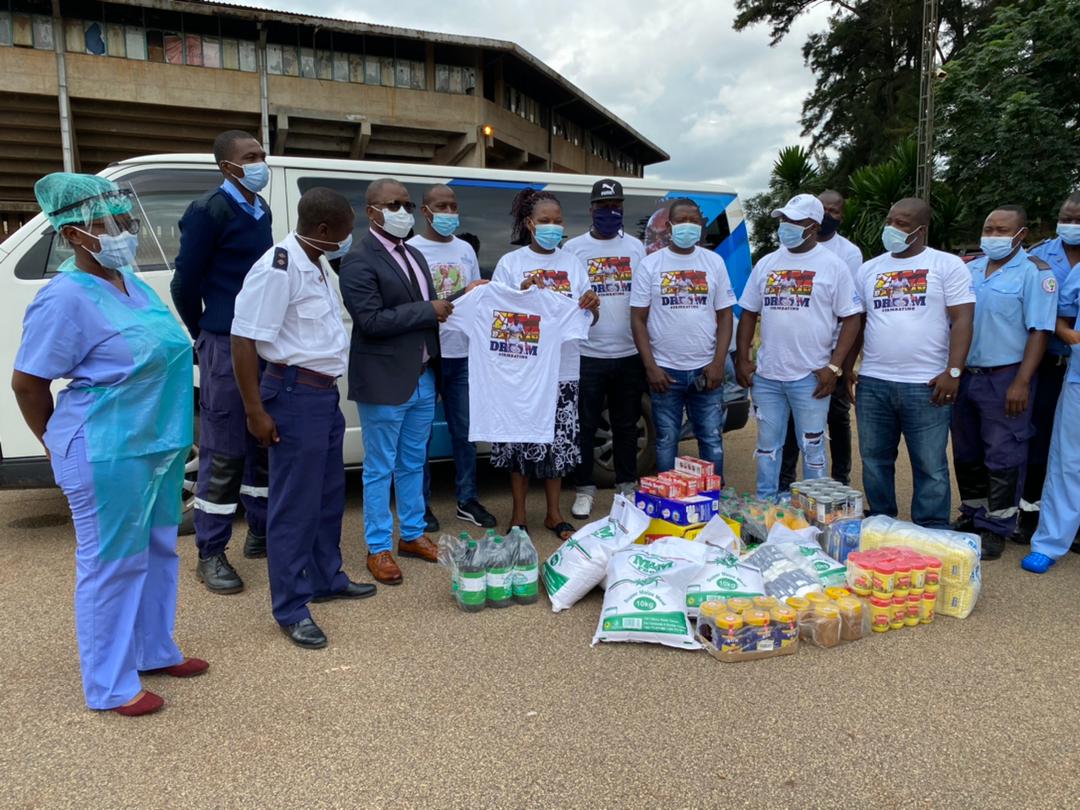 Tino Kadewere, through his Kadewere Foundation donated groceries to the workers of the City of Harare’s Harare City Emergency Services on Wednesday

Speaking at the handover ceremony at City Sports Centre in Harare on Wednesday, the Tino Kadewere foundation chairman Prosper Kadewere said they decided to show gratitude for the tireless work of health workers during the coronavirus pandemic.

He said the organisation also took into account the fact that Tino was a product of Harare City Football Club which is run by the local authority.

“We took part in this initiative due to the fact that Tino was once part of Harare City and the club is under council, so we are trying to work with all departments so that we help where there is need,” Prosper said.

“For instance, we came across front line workers conducting Covid-19 tests this other day and we just decided to help them with a few food items in this difficult time,” he said.

Kadewere has been enjoying rave reviews in Europe following a blistering start to his career with French Ligue 1 giants Olympique Lyon.

He has bagged nine league goals and contributed three assists from 26 appearances.

Kadewere made a lucrative US$16,5 million switch from second-tier side Le Havre at the beginning of the year.

He had acquitted himself well by scooping the French Ligue 2 Golden Boot with 20 goals from 24 outings.

Away from the field of play, the gifted striker’s foundation has been working tirelessly to uplift the spirits of the vulnerable and underprivileged people in Harare’s Highfield suburb and surrounding areas through partnerships with several key stakeholders.

The foundation is a non-profit organisation whose core aim is to help both youths and adults in the realisation of their dreams.