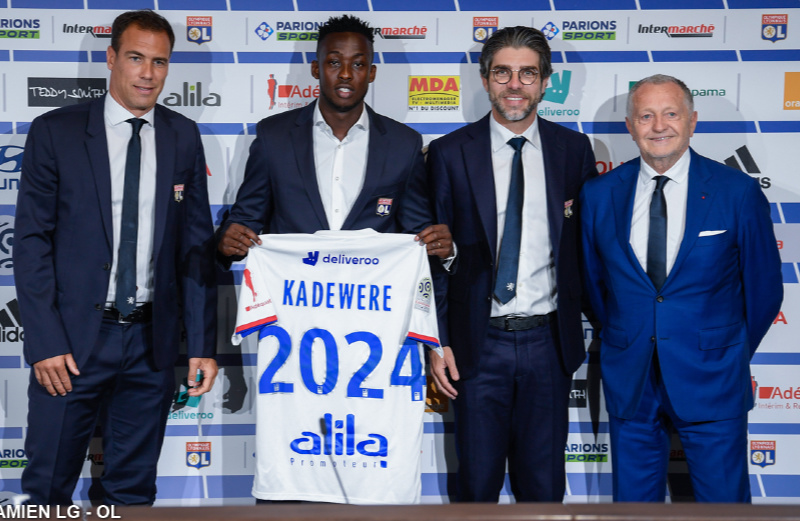 ZIMBABWEAN star Tino Kadewere will have to wait longer before making his debut for French topflight side Olympique Lyon following confirmation by UEFA that he is not eligible to feature in the remainder of the UEFA Champions League competition in August.

Olympique Lyon’s owner and president Jean-Michel Aulas recently suggested that Kadewere would feature in the latter stages of this season’s UEFA Champions League after recently completing his move to the club.

The 24-year-old Warriors striker was signed by Lyon from Ligue 2 side Le Havre in January before being loaned back to his former side for the remainder of the season which was cut short due to the coronavirus pandemic.

After Kadewere finished as the top scorer in Ligue 2 with 20 goals from 24 matches, Lyon were hoping he would be able to bolster their side in this season’s UEFA Champions League, where the French Club is scheduled to meet Juventus in the second leg of their round of 16 tie on August 7.

Lyon beat Serie A leaders Juventus 1-0 in the first leg in France in late February before the coronavirus pandemic forced the competition to be suspended.

On Wednesday UEFA announced that this season’s Champions League would be completed with a “final eight” straight knock-out format in Lisbon from August 12 to 23.

Similarly, the Europa League will be completed with the same format, with games across four German cities, including a final in Cologne on August 21.

“Yes, Tino is qualified for the matches to come, including those for the end of the 2019-20 season,” said the Lyon president said during Kadewere’s official unveiling ceremony.

“We are very happy that Tino is here. It underwent a significant transfer in January. He stayed with Le Havre for six months and now arrives to strengthen the team that will start preparing for the Champions League and the League Cup final.

However, according to reports from France, the former Le Havre forward is not eligible to feature in the prestigious competition this season as Lyon were supposed to have registered him for the competition by the February 3 deadline.

“It will not be possible for clubs to register recently transferred players,” a UEFA said in a statement after their executive committee meeting on Wednesday.

“The teams will be authorized to register three new players on their list A for the rest of the 2019/20 season, provided that these players are already registered and eligible for the club since the last registration deadline which was on February 3,” the continental body said.

In fact, Kadewere could endure a longer wait before featuring in Europe’s most prestigious competition for his club after Lyon missed out on next season’s Champions League due to the abrupt conclusion of the French Ligue 1 season in the wake of the COVID-19 outbreak.