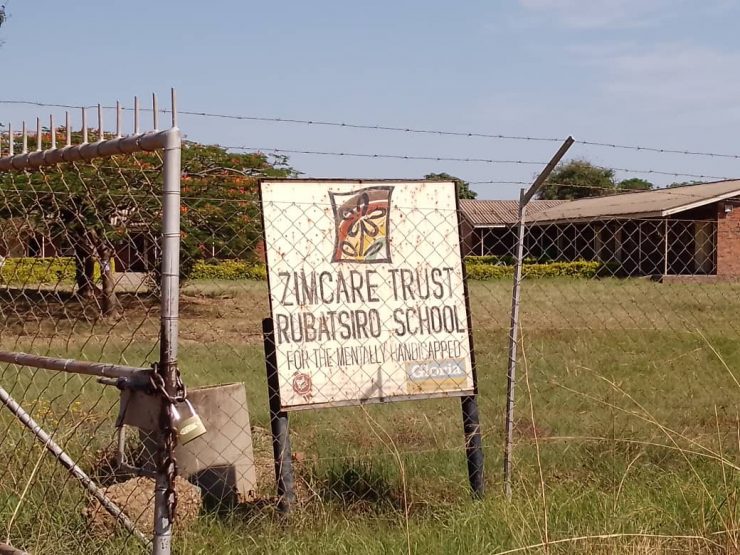 ZIMCARE Trust Rubatsiro School in Kadoma, which caters for young learners with intellectual challenges, is appealing for help in constructing boarding facilities to boost enrollment of learners and improve their welfare.

The existing facility, which is the only specialised institution in Mashonaland West province, caters for 12 female boarders while male learners come in as day scholars.

The school’s headmistress, Rhoda Smoko told NewZimbabwe.com there is a need to set up adequate boarding facilities to increase enrolment and match the demand for places.

“We are the only school in Mashonaland West that caters for children with intellectual challenges. We currently have a low enrollment due to infrastructural shortages,” she said.

“We have a long waiting list, especially for boys, but we cannot enrol them because we don’t have boarding facilities. Our enrollment is, therefore, not as good as we would want it to be, and be of service to Mashonaland West province.”

The 12 girls in boarding are housed in former staff quarters, which were extended to accommodate the growing number of learners.

Added Smoko: “We want a better boarding facility because currently, we are using a house which used to be for the caretaker. We need proper boarding facilities and improve standards to incorporate a boiler-kitchen as we feed both boarders and day scholars.”

In heeding previous calls for help, the Lion’s Club International chapters from Kadoma, Kariba, and Karoi donated cement towards the construction of a shelter to house the institution’s grinding mill which is an income-generating venture.

The school also received sanitary ware for the learners.