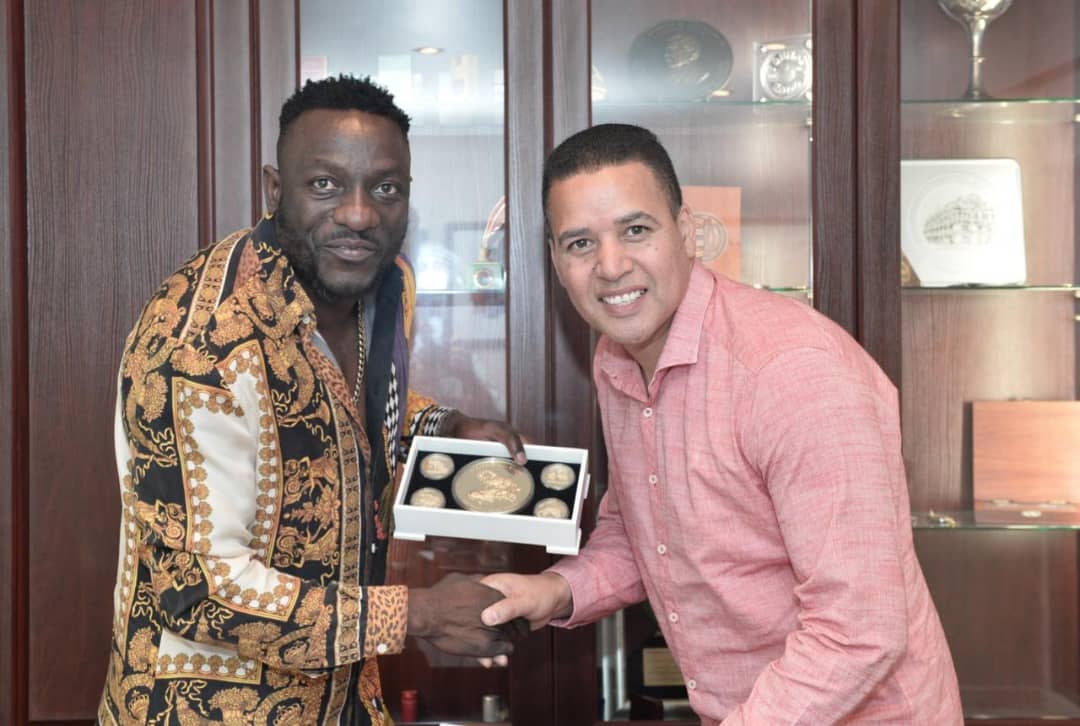 FLAMBOYANT businessman and socialite, Genius Kadungure was Thursday honoured by a South African company which is in the business of coin collecting and manufacturing, Cape Mint which is currently celebrating entrepreneurs doing well across the continent.

Kadungure was gifted with a gold plaque engraved with his image. Cape Mint says such gifts are meant for inspiring hope to young entrepreneurs on the continent.

Kadungure who is in liquefied gas and transport business said he had been humbled by the honour.

“I got the best gift of my life. It’s outstanding. I have friends that I grew up with but none of them has gifted me this way. I have known Frank (Buyanga) for more than a decade and today his team has surprised me, ” he said.

“These guys are doing big things in Cape Town,” he added.

This is the second time in recent weeks that Cape Mint has honored Africans who are impacting on the people beyond their own communities.

Recently, the company’s general manager, Howard Steenkamp, traveled to Namibia to honour the country’s founding President Sam Nunjoma for successfully leading his country for 15 years since its independence from South Africa.

The company also honored the Springboks, who are playing England in the Rugby World Cup Final with Springboks Invictus Medallions.

The Springboks medallions are inscribed with Springbok players’ faces, including that of the team’s first black captain Siya Kolisi.

The medallions have since brought flamboyance to the South Africa side which reached their third world cup final after beating Wales last weekend, having lifted the trophy in 1995 and 2007.

The limited-edition Invictus medallion coins come in a range of base finish, from fine silver to a base metal proof finish and have been snapped up by shoppers during the duration of the ongoing World Cup rugby tournament in Japan.

Steenkamp said the company is celebrating African champions in all the spheres of life.

“We want to give them some of the best gifts in life, celebrating who they are whether it’s in business, politics or sport, “he said.