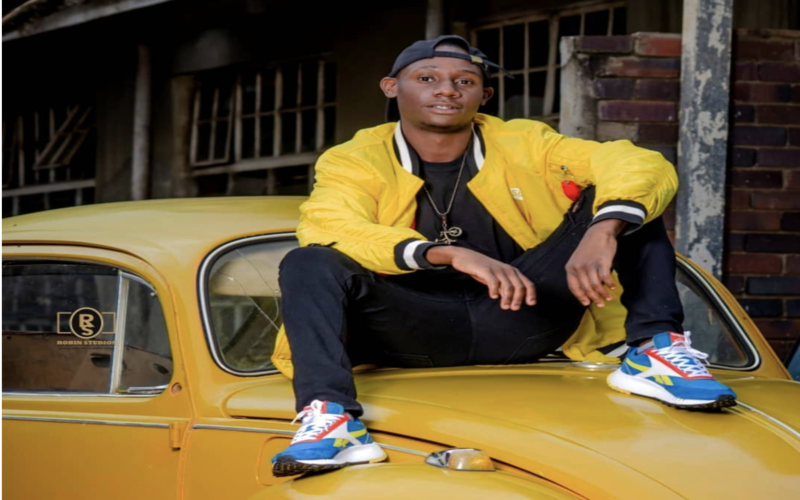 The single which has an urban grooves feel to it was released two months ago and instantly went viral.

Upon its release it captured the hearts of many music lovers with Kae Chaps display of emotions as he poured his heart out to his ex-girlfriend in the black and white visuals.

The track was produced by Y-Not Media’s DJ Futronic and the video shot by Malvern Njewa.

The name of the track, ‘Juzi’ is Shona for jersey.

‘Juzi’ is a message from a heart broken man directed to his ex-lover whom he pleads with to collect her jersey from his place as the mere sight of it brings back memories that torment him.

The song is based on Kae Chaps real life story after he suffered heartache from a five-month relationship with his ex-girlfriend who left her pink jersey at his place.

Through ‘Juzi’, he aptly captured the feelings and thoughts one goes through when going through a heartbreak.

In celebrating the milestone, the 24-year-old artist wrote, “To everyone who streamed and streamed and vibed and cried and related to the song not forgetting my ex I love you so very much and I am grateful.”

Despite being in the music industry for almost seven years now, it was the track ‘Juzi’ that propelled him to fame.