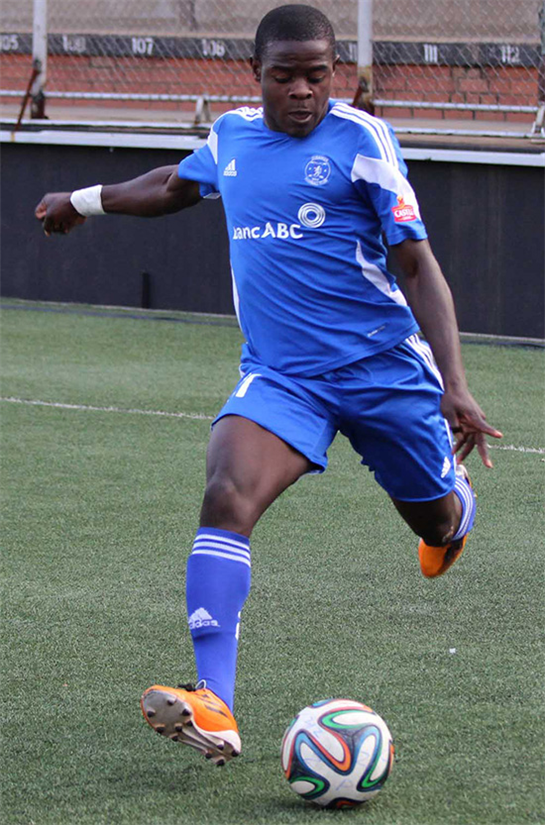 TRIANGLE coach Kelvin Kaindu has refused to consider his high-flying side as PSL title contenders.
The Lowveld side top the league standing and are undefeated in their campaign so far.
They are tied on 13 points with defending champions Dynamos but enjoy a superior goal difference.
Kaindu once went for 23 games unbeaten while at Highlanders but could not secure the league title.
The Zambian coach is not taking Triangle as title material.
“It is good to start the season on a high note. It is advantage to us because we want to avoid relegation,” he said.
“Last season we had to fight for PSL life until the last day but we managed to pick up points from the last matches.
“This time we are just continuing from where we left from last year. Our concern is to avoid relegation then we start talking about everything else.”
Kaindu has been enjoying the recent past weeks without star players Praise Tonha and Malvin Gaki who were with the national Under-23 for the All-Africa Games qualifiers.
Dynamos maintain fine start

DYNAMOS enter their third final tournament appearance of 2015, when they clash with FC Platinum in the final of the Independence Trophy on Saturday.
The Harare giants beat ZPC Kariba 2-0 in a semi-final match on Wednesday, while FC Platinum dismissed Caps United on penalties to book a final berth.
Saturday’s clash would be a repeat of last year when FC Platinum beat Dynamos on penalties, in the final is the same tournament.
Dynamos coach David Mandigora feels they can upset FC Platinum.
“I do not mind any opponent. We can play anyone in the final,” Mandigora said.
“We have not been doing well in the league so it is just a matter improving ourselves. We will come out well and you can see from the team that beat ZPC.”
Dynamos missed the likes of regulars like Stephen Alimenda, Artwell Mukandi, Sydney Linyama, Augustine Mbara, Ronald Chitiyo, Simbarashe Nhivi and Walter Mukanga.
Chungwa’s goal was a penalty, the same as Zimbabwe’s goal which came after Blessing Moyo was fouled inside the box.
Nyamiwa had a disallowed goal towards the end of the match.Advertisement