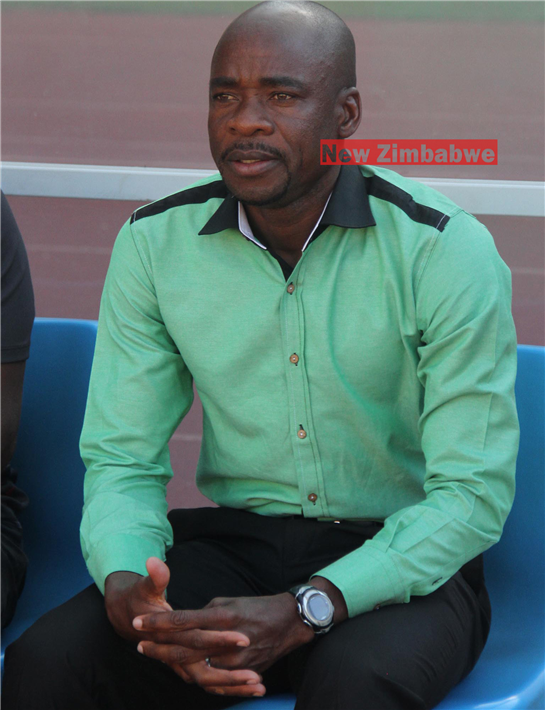 AS the Castle Lager Premier Soccer League (PSL) season staggers towards the half way mark, Triangle have presented themselves as a major threat to the championship race.
Considered underdogs in the previous seasons in which they have been fighting relegation all season, the Lowveld side could by a stroke of fortune walk to the winners’ podium by the end of the campaign.
Triangle in third place with 21 points from 12 matches, five behind log leaders Chicken Inn  and one behind second placed Dynamos have undergone a footballing metamorphosis since Kelvin Kaindu assumed the reigns to save them from relegation towards the end of the 2014 campaign.
They have been turned into an offensive and high scoring side.
Triangle, have banged in an incredible 27 league goals in 12 matches, the highest number of goals by any team in the campaign so far.
They have failed to find the target in just three matches- in the 0-0 draw against Chicken Inn, 1-0 defeat to Flame Lilly and in the 0-0 draw against Dynamos recently. They have managed to score at least a goal even in a losing cause- statistics which should worry the chasing pack.
Log leaders Chicken Inn are the other team that has failed to score in just three matches- in the 0-0 draw against Triangle, the 1-0 defeat to Hwange and in the 2-0 defeat to Harare City, having found the target in nine matches they have played to date.
Joey Antipas’ men however, fall short on goals scored, having managed 18, nine behind Triangle.
Although Kaindu remains modest even in his moment of success, refusing to wear the favourites tag in this championship race, the display by his men in a high profile encounter against defending champions Dynamos at the National Sports Stadium on Sunday was a bold statement of intent to the chasing pack.
Inspired by skilful forward, Lameck Nhamo and midfielder Pascal Manhanga, Triangle turned the match into an exhibition of the art of ball control and passing.
It was a rare spectacle that left neutrals nodding in acknowledgement. Dynamos were forced to chase shadows for the better part of the match especially in the first half.
They were beaten on every aspect of the game except on the score board. The defending champions found themselves trailing 1-0 after a tactical substitution by Kaindu who threw in Felix Kuswatuka on 58 minutes, pulling off Richard Kawondera.Advertisement

That paid dividends as Kuswatuka pounced on a rebound from Dynamos goalkeeper Artwell Mukandi to bundle the ball into the nets on 65 minutes to take a 1-0 lead.
But a late rally, saw the champions levelling matters courtesy of full back Ocean Mushure in referee’s optional time from a free kick.