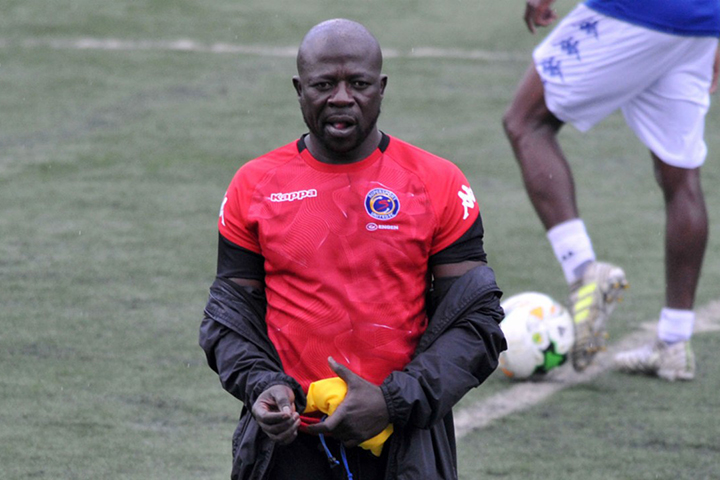 The former Dynamos and Zimbabwean international defender was named caretaker-coach in March when the club parted ways with Eric Tinkler after a spell of unsatisfactory results‚ and he guided them to a seventh spot finish in the league.

Tembo was in charge of the team’s preseason preparations over the past few weeks and his first task as full-time coach of the club is a tricky away league clash against Cape Town City in the Mother City this weekend.

“This club has been the centre of my life for almost 20 years and I and my players will give everything we have to keep our run of success going‚” said Tembo‚ who also captained SuperSport United during his playing days.

“I am honoured by the confidence the club has shown in me in giving me this great opportunity.”

SuperSport United chief executive Stan Matthews said: “Kaitano epitomises what it means to be a club man. He joined us as a player 19 years ago and has worked his way through our youth structures and subsequently into the first team as an assistant.

“He has steered us on a caretaker basis on three separate occasions and everyone at the club is committed to reciprocating his loyalty and his desire to win silverware.”

Tembo has been with the three-time South African Premiership champions for many years, having played for them and then moving on to join the technical team as an assistant upon his retirement.

Prior to leaving for South Africa, Tembo had a very successful football career in Zimbabwean football with Dynamos, capturing four league titles with the club before his departure in 1999.

He will be hoping to provide some stability at SuperSport, who have tried a number of coaches since multiple championship winner Gavin Hunt left the club in 2013.

Hunt enjoyed a successful tenure there and won an unprecedented three successive league championships. In the five years since SuperSport have had six different coaches at the helm with Tembo remaining part of their technical team.

The Pretoria side has hired the likes of Cavin Johnson, Tembo (as an interim), Gordon Igesund, Stuart Baxter and Eric Tinkler.