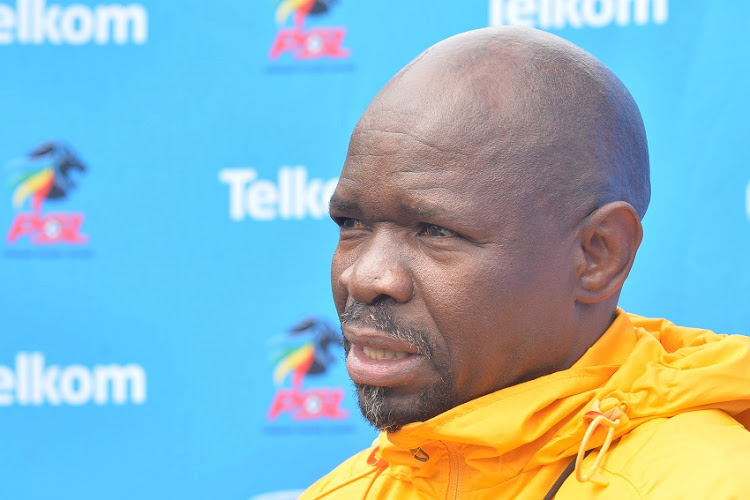 SOUTH Africa: Kaizer Chiefs coach Steve Komphela says he look to take the positives from his side’s 3-0 defeat to Chippa United in the Premiership on Saturday.

The result left Amakhosi in fourth place on the standings with 39 points – level with Maritzburg United and six and seven points behind Orlando Pirates and Mamelodi Sundowns respectively.

Sundowns have long been touted as Champions-elect, and with games in hand over the chasing pack, the league remains theirs to lose.

Chiefs, though have a Nedbank Cup semi-final with Free State Stars to look forward to, and Komphela is hoping this result with motivate a good performance from his side ahead of the cup competition encounter.

Speaking after the loss to Chippa, Komphela was reported on Times Live as saying: “If you are a proud person‚ sacrifice and responsibility are part of the components of the job.

“I’m not allowing my emotions to become negative because that will deflate you. You have to try and stay positive.

“The way out of it is to club together as a group of players and coaches.”

The philosophical coach continued: “You cannot imagine a scenario where there is a cold wind coming from outside and you are opening the cracks even further.

“Sometimes when something bad happens from outside‚ it brings you together. Can we use this result to get closer and push when we play in the semis (of the Nedbank Cup)? “It could be,” he concluded.